UFI welcomes Author Claire Davon. Thanks for Joining us!!

Hi, and thanks for hosting me on your blog!

I’ve always been fascinated by super powers. Whenever those quizzes pop up on Facebook and ask “which super power would you rather have?” my answer is always “yes.” Yes, to wanting to be able to turn invisible. Yes, to being able to move objects with your mind. Yes, to transforming into the image of other people without all the pesky masks necessary of a Mission: Impossible character.

When I was researching Shifting Auras I had to look into all sorts of super powers—since this is a running series I had a lot of characters to establish! It’s amazing how many powers there are out there, fictional and otherwise and it was very easy to go down the rabbit hole of “what power is tickling my fancy today?” I thought I’d share with you some of them with you in the context of the characters in the book.

Telekinesis-Ian Sanderson, my hero in Shifting Auras, has this ability. He can move and manipulate the objects in the physical world using only his mind. What a great talent to have. Imagine never having to bend over to pick up the remote, or to have to go to the refrigerator to get your snack.  Of course, it is useful in other ways too, like stopping trains, or bullets.

Psychic ability-Maya Wingfield, my heroine, is a psychic, or sensitive as they are called in the story. She can see auras and pick up what people are feeling. There is no hiding the truth from a psychic, but they are also vulnerable to mental attack due to this sensitivity to other’s minds.

Weather manipulation-Imagine never having to worry about the rain when you schedule a picnic, or your wedding? Zared, a secondary character in the story, can manipulate weather. When he gets mad so do the skies. He can bring down hail when needed and create a storm, or get rid of one, when necessary.

Invisibility-Quillan, the boss of the government agency, can turn invisible. This is one of my personal favorites. It is the ultimate “fly on the wall.” I used to dream about being able to slip into places I’m not supposed to be and check things out. What fun! Someone who can turn invisible can evade all sorts of blockades and wind up where they are least expected.

Precognition-This is different than psychic ability in that it is the power to see things before they happen, but it isn’t reading people’s minds. Yin, another secondary character, has this ability. She can see things shortly before they occur. Sometimes she can warn people, other times she doesn’t. To me this power goes back to the question about whether or not warning someone about a future event that changes that future event so it never occurs is a good or bad thing.

Ferrokinesis-I shuddered when I read this one. Thomas Araline, the ultimate head of Universe and a very enigmatic character, is ferrokinetic. He can manipulate metal, whether in objects…or in people. It wasn’t until I researched this super power that I realized that someone ferrokinetic could pull all the metal from your body, including the iron in your blood.

There are so many other powers, some big, some small, some useful some not so useful. Other characters have the ability to slow down time, to turn into other people and to manipulate shadows. There are as many abilities as there are ways to use them. As I’m writing this I realize I don’t have anyone who flies. That could be fun. Hmm. I need a super power for story #4… 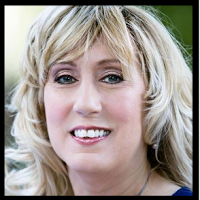 Claire can’t remember a time when writing wasn’t part of her life. Growing up, she used to write stories with her friends. As a teenager she started reading fantasy and science fiction, but her diet quickly changed to romance and happily-ever-after’s.

A native of Massachusetts and cold weather, she left all that behind to move to the sun and fun of California, but has always lived no more than twenty miles from the ocean.

In college she studied acting with a minor in creative writing. In hindsight she should have flipped course studies. Before she was published, she sold books on eBay and discovered some of her favorite authors by sampling the goods, which was the perfect solution. Claire has many book-irons in the fire, most notably her urban fantasy series, The Elementals’ Challenge series, but writes contemporary and shifter romances as well as.

While she’s not a movie mogul or actor, she does work in the film industry with her office firmly situated in the 90210 district of Hollywood. Prone to breaking into song, she is quick on her feet and just as quick with snappy dialogue. In addition to writing she enjoys animal rescue, reading, and movies. She loves to hear from fans, so feel free to drop her a line. 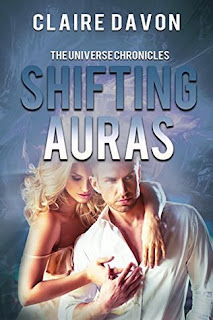 
Maya Wingfield was raised to trust no one—least of all the dueling U.S. and Russian paranormal agencies, Universe and Night Stars, who’d love to harness her mind-reading gift.

She thought Richmond a safe place to escape their influence and hide from a rising psychic malevolence that drove her out of San Diego. But when she gets yet another call to retrieve her drunken roommate, her mind shows her an amber-eyed Universe operative with an impenetrable net around his deepest secret—and a voice that sends shock waves of awareness down her nerve endings.

Maya’s curves and aquamarine eyes aren’t the only things that jolt Ian Sanderson’s mental shields, bringing sexual tension thrumming back to life. It’s a power his Universe-trained mind knows he shouldn’t trust. And a vulnerability that makes his telekinetic power burn in his palms to protect her.

But to Universe, she is just one of too many unanswered questions. A target for Whisper, a shadowy new group of paranormals with powers beyond anything Universe has ever seen. Once before, Ian failed to protect a sensitive from a brain-scrambling attack. He will not fail again . . . if it means using his talent—or his body—to stop a bullet.

The metallic squeal in the distance indicated the train was arriving. A light in the tunnel swept across the concrete wall as it rounded a curve and the brakes continued to shriek. People began to crowd the yellow line, jostling for position, trying to determine where the doors would open so they could leap on and get a seat, a premium on the Metro.
By now the train was visible, moving at a rate that didn’t seem normal. His experience with the Washington Metro was limited, but the tube in London would have been slowing by now.
Awareness flowed through the air, and there was a shift in the commuters as they began to understand that something wasn’t right. Ian released Maya and shoved her behind him. People scattered as the train started screaming into the station at too high a speed.
“Bugger all,” Ian said and reached out with his talent.
Without warning, Maya was yanked from behind him and hurtled toward the moving train before he could halt her.
He split his mind, one focusing on the subway cars and one on her. People were flowing around her, one or two pausing to try and help the woman jerking past them. Maya careered forward, out of their grasp. Sparks lit the tracks as the wheels lifted off the rails, the engineer no doubt applying the brakes in an effort to make the cars stop.
Ian’s talent blazed through him, starting in his belly and moving up his body. It pulsed and crackled, filling him with power fueled by fury and desperation. He reached out his hand, the palm glowing red as his ability hissed out in an arc. Maya halted on the demarcation line that had just been vacated, her eyes wide and staring. Her body was stiff, and her head was bent backwards in an attempt to clear it from the path of the oncoming train.
Beads of sweat broke out along Ian’s body as he found the train’s brakes on the wheels, applying pressure via his telekinesis. The conductor was already applying everything to the pedals, but they were going all the way to the floor. Instead, Ian focused everything on those pads, stomping down as if he were physically there. The train lurched and made a shrieking sound as it slowed. It slid by Maya, her hair blowing back from the rush of displaced air.
For a panicked moment, Ian saw Maya falling onto the tracks in his mind’s eye. Inside, the people standing were thrown forward and then back as the brakes caught. The train shuddered and ground to a halt.
Ian stumbled when he released his grasp on the train. Maya ran to him as he slumped, his shaking hands still glowing with red light. Energy drained from him but all that mattered was Maya, safe.
The train doors opened, and frightened passengers disembarked rapidly. The tourists had wide eyes and open mouths while the regulars seemed more sanguine. They were used to the vagaries of the subway and to them it was nothing more than a bad stop. A very bad stop, to be sure, but just a random day on the Washington Metro.
“Ian?” Maya asked, and he tasted the acrid, metallic scent of fear. It had been a long time since anyone had mattered.
“What did you sense? Anything?”
“I . . . it was so brief. Someone surfaced and before I could react to his mind—it felt like a he— I was being shoved forward. I reached out and tried to stop him, but I didn’t know how. It had to be a telekinetic, right?” By her expression he didn’t think she expected an answer. “It was only a flash, and then it was gone. Why, Ian? What did he want?”
The oath on Ian’s lips was savage. “I don’t know who it was, but they won’t get away with this. Blast. Yin was right. You’re in danger.”