UFI welcomes Katie Hayoz Author of Untethered. Thanks for Joining us!!

I devour paranormal novels. Ghosts, vampires, werewolves, angels, witches, astral projection. The whole bit. But while I can list out plotlines from various paranormal novels, I realized I don’t really know all that much about these paranormal phenomena. So I scoured the internet and waded through Wikepedia and local library sites to learn a bit. What about you? What do you know about the paranormal? Take the pop quiz and see if your answers line up.


1. Persecution and trials of these supposed beings started in Switzerland in the early 15th century before spreading to most of Europe:

a. Werewolves
b. Vampires
c. Sorcerers

2. If you want to cast a love spell or create a love potion, what would you use?

3. Elizabeth Bathory, a Hungarian noble from the 1500’s is known as “The Blood Countess” because:

a. She led a bloody war against a neighboring country.
b. She had a penchant for raw meat.
c. She killed young girls and bathed in their blood to look young.

4. Who is considered the Angel of Death?

a. Rapheal
b. Samael
c. Gabriel

5. What could you use to rid a home of a pesky ghost?

6. What is astral projection?

a. The study of stars and their influence on the future.
b. The separation of one’s consciousness or spirit from one’s physical body.
c. The plan to move civilization to other planets.

Ready to find out how you did?

Answers:
1. A- Werewolves. It wasn’t only witches. Suspected werewolves went on trial as well. Geesh, guess that might be why waxing came about…

2. B- Basil Yep. There’s a reason Italians are supposed to be good lovers.

3. C- She bathed in their blood. This woman was sick and twisted. She apparently had at least 650 victims.

4. B- Samael. This is also the name of a Swiss heavy metal band. Who knew?

5. A- Sage. Burn sage or sprinkle salt to try to cleanse your house of unwelcome spirits. Or get a medium there who can send them off to the Light.

6. B- The separation of spirit from body. Astral projection is a voluntary out-of-body experience. It is what Sylvie, the main character in Untethered, thinks will change her life. 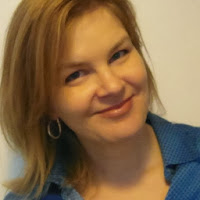 Katie Hayoz was born in Racine, WI, the youngest of six kids. Originally, she wanted to become pope (for the awesome hat and fancy robes), but quickly realized reading was her true religion. Writing was always a hobby, but she decided to go at it seriously when she ended up in Geneva, Switzerland. Now she's constantly at her laptop in the small apartment she shares with her husband, two daughters, and two fuzzy cats. She devours YA novels like she does popcorn and black licorice: quickly and in large quantities. 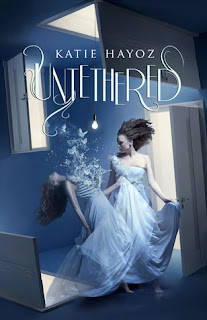 Sylvie isn’t comfortable in her own skin. In fact, there are times she can’t even manage to stay inside it. But if there is one thing she’s sure of, it’s her love for Kevin Phillips. She’s willing to stake everything on it –her family, her friends, and possibly her soul.
Sixteen-year-old Sylvie has been best friends with Cassie forever. But everything is turned around when the boy Sylvie’s loved since fifth grade falls for Cassie. Devastated, Sylvie intends to get Kevin by any means possible, even if it involves treachery, deceit, and the dark side of astral projection. She is positive her plans will give her what she wants, but she doesn’t count on it all spiraling out of control.
Untethered explores the intoxicating and dangerous world of jealousy and obsession when coupled with paranormal ability. Finalist in Mslexia novel competition.