UFI welcomes Author Jennifer Allis Provost. Thanks for Joining us!!

I’m really an intensely private person.  I don’t particularly come off that way, I don’t think – I’m social and outgoing and have a lot of fun connecting with readers in various ways, particularly in person.  But “letting people in”?  Not so much.  I keep things close to the vest, and I don’t trust easily.  I’m more comfortable with small groups of close friends than I am large groups of acquaintances.  Which doesn’t always make my author job easy.  Laugh!

Down time?  What’s that! :Laugh: Hm.  I love spending time with my chickens, as incredibly boring as that sounds.  If someone had told me ten years ago that I’d be crazy about birds, I would have laughed in their face.  But chickens are fascinating.  And friendly.  And they make me laugh.  Particularly when they are Banty roosters who think they are top dog and “ankle-bite” everything in their path.  I have over forty, and each one has a different personality, a different attitude.  Each trip to the layer house is like Easter, the egg colors fascinate me.  Ducks are equally amusing in different ways.  And turkeys have now claimed a soft spot in my heart…which is ironic considering as adults they are intensely ugly.  But personality?  Oh my.  Amazing beasts.

My boys and I are hoping to get into quail this year as well, and maybe some pheasants.  We’re also hoping our preservation breeding program can get off the ground with the infusion of some quality birds and some isolated coops.  It’s a work in progress, but one I absolutely love.

By far it’s the world building.  I love creating rules, boundaries, and tomes of useless information that will only ever be used in tiny bits.  Running a close second is the research that goes along with that.

Anymore, I find I’m not so good at blocking out the world around me and have to have quiet.  Other must haves are coffee (and endless supply, thank you very much!) and something to snack on.

Oddly enough, I don’t often read these genres, truth to tell.  I will say I find Myra Lang’s SPARK RISING absolutely fascinating (and full disclosure, yes I edited it, but she did all the hard work, not me☺).  The world building is what suckers me on a good UF read and hers is fantastic.  I really, really enjoyed Aldred Chase’s ALL THINGS TO EVERYONE.  It’s more middle grade, definitely not romance, but it captivated me.

How would you pitch the Inherited Damnation Series to someone who has not heard of it before?

A speculative twist on the lost ancient Celt tribes blended with a splash of demon mythology.  It’s full of danger and darkness with just enough romance to keep things perfectly spicy!

Can you tell us a little bit about the world that the Inherited Damnation Series is set in?

It’s completely set in present day, but the eight siblings are immortal descendants of a lost Celt tribe, the Selgovae.  So while their “normal” is the same as yours and mine, in so much as every day life, their roots run far deeper and they have broader experiences to build upon.

However, throughout the series, I visit different places.  You’ll start in Maine, and stay on the east coast for a while, then venture to Scotland, the mountains, England and even Paris, France.  Each of the siblings lives in different areas of the world, and I try to bring those brief forays to far-away places to life as much as possible.

There’s also a definite historical feel in certain areas.  I really tried to grasp the sense of “old” as much as possible.  Although, if you’re familiar with my Templar series, there aren’t any heavy accents to wade through ;)

Do you have a favorite scene in Cursed to Kill?

I do!  There’s a scene where Cian, the hero, is struggling with the truth of his existence.  He knows Miranda will never believe he’s over two thousand years old and his blood is demonic.  He also knows he’s done the unforgiveable and fallen in love, making her a target for his bloodthirsty side.  He’s standing in his bedroom thinking things through and she wakes up.  I don’t want to reveal any spoilers, but the emotion in the exchange they have is one of my favorite scenes in that book.  I find what he tells her both noble and heart-breaking.

Oh, goodness… that’s tough.  And honestly, it boils down to the same answer—Taran, the hero in the last book.  He’s very dark, and in the initial books I hadn’t fully plotted out where he was going.  So it was very easy to assign every horrible deed to him—he was my scapegoat and I enjoyed truly hating him.

Until about the time my initial editor remarked she had no idea how I was going to redeem him.
By that time I knew his plot, but even going into the book I realized it wasn’t going to be a cakewalk.  He does some very unredeemable things throughout the series and I needed to make readers like him.  Somehow.  That ended up being the hardest part and the hardest character to shape.  But during that process he became my favorite.  I finally understood why he did the things he did…as well as some of the secrets he harbors.

Before he came along though, it was so Dáire.  Lol!

At the moment, I confess, what I’m working on isn’t under the Claire Ashgrove name.  I have contracts to fulfill as Tori St. Claire, and I’m presently embedded in Romantic Era British working class with the Sharrington Chronicles, written as Sophia Garrett.  (Historical romance.)

I do hope to set the next Windwalker story loose this year, and the Templars will come to a final end.  When those will happen, exactly, I can’t say – I really don’t know how time will play out with the contract demands.  The best advice I could give if someone wants to know right away, is to sign up for my newsletter.  I don’t send it out often, only when there’s something important to say, but that’s usually my first go-to for announcements.  And this year, I hope to include some newsletter-only content that’s fiction.  I’m working on some ideas there for a short serial.

INHERITED DAMNATION is an 8 book paranormal romance series being released as one book every three weeks between January 27th and June 23rd, 2015.

The first volume, Cursed to Kill, is available now! 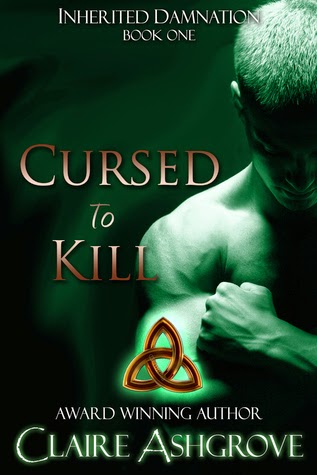 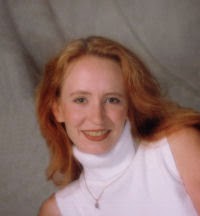 In her non-writing time, she owns and operates Finish The Story, a full-scale editing house co-founded with Bryan Thomas Schmidt. She lives in Missouri and enjoys cooking, studying ancient civilizations, and spending downtime with her two sons and too-many horses, cats, and dogs.

To learn more, visit her at: claireashgrove.com or toristclaire.com. For all the latest updates look for the Untamed Spirit blog, via any of her websites.


Giveaway #2- INHERITED DAMNATION EXTRAVAGANZA
a Rafflecopter giveaway
Posted by StacyUFI at 3:00 AM 3 comments: