Review: Silence of the Wolves by Hannah Pole 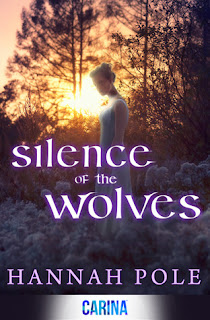 After a strange encounter in a dark alley, journalist Tamriel’s life is turned upside down. She’s missing days, developing odd new abilities, and being followed by mysterious Leyth.

Dark, dangerous – and too gorgeous for his own good –Leyth’s determined to teach Tamriel about her new life – as a werewolf! And just as intent on keeping their relationship strictly business.

But as their simmering bond grows, Tamriel and Leyth face a bigger challenge; Tam may be their kind’s strongest weapon against the Circle, a deadly group of paranormal creatures gone rogue. That is, if she’s ready to give into her destiny and put up the fight of her life..

There was a lot of action in SILENCE OF THE WOLVES. The pace was nice and fast and there was plenty going on.  I did not fall right into the story. There were parts that seemed a bit far-fetched and then others that annoyed the heck out of me. The characters took me a bit to like but once I got through some of it the enjoyment came easier.

Tamriel is a journalist always looking for her next story. The night she decided to run to the rescue of a gal in trouble her life changed forever. She always knew she was different but she had no idea her differences would make her give up everything she has come to know. Tamriel was not afraid to get her hands dirty, she ran right into any situation and she could hold her own in a fight. There were plenty of times where I thought she was being difficult but there were other times I thought she took something way to well. Leyth was attracted to Tamriel right away. He goes between pulling her close and pushing her away many times. The chemistry was strong between the two and he was all alpha male towards her but it took a bit for me to warm up to him, especially when he would flip a switch so easily. The ending was probably my favorite part of the book so I would have read it again just for that part.

I enjoyed SILENCE OF THE WOLVES but it was one of those stories that when I finished it didn't really leave much of an impression behind. I might pick up book 2 to see what happens next but It wont be something on my wish list.