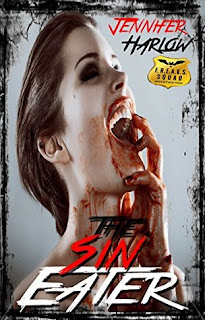 
The long anticipated installment of the best-selling and critically acclaimed F.R.E.A.K.S. Squad series is finally here…

What’s a F.R.E.A.K. to do after all her hopes and dreams literally died in front of her? Telekinetic Beatrice Alexander went from flying around the country in a private jet, saving innocent lives from monstrous threats to living in her grandmother’s house, playing video games and drinking too much. Directionless, hiding from her problems and trauma, she will do anything not to confront her deadly actions that fateful night in North Carolina three months before. Any distraction will do.

Drawn to the sexy, powerful ruler of San Diego, Beatrice soon loses herself in the passion and luxury of the vampire’s world. But when she finds herself caught in the middle of a centuries old vampire rivalry, Beatrice must decide: how far is she willing to go for those she loves…and for herself?


It has been a while since I visited the world of F.R.E.A.K.S Squad Investigations. Almost 3 years to be exact, so I was a little worried that I would be lost jumping into THE SIN EATER. If you're worried about the same thing, don't be, things came back to me as I started reading and Jennifer Harlow was good about rehashing what happened in the past.

I have to admit that I'm  a cover whore and I totally hate the cover of THE SIN EATER. Thankfully it's the 5th book in the series and I have enjoyed it in the past or it would have totally turned me off to reading the book. Since I am already talking about things I dislike, I will mention my other big issue with THE SIN EATER. Beatrice annoyed the hell out of me with her selfishness and lack of common sense. Yes, she is grieving, but it was extremely hard to sit back and watch her treat her family and friends like crap. I wanted to reach into the book and slap her around. It was just bad decision upon bad decision until Oliver came and reminded her who she was.

Now onto the things I enjoyed about THE SIN EATER. I enjoyed seeing Beatrice—after she was herself again—see Oliver in a different light now that Will is no longer in the picture. It was nice to see her realize things I knew from reading past books. She was also willing to sacrifice quite a bit after all was said and done when it came to the major conflict of the storyline to save those she loved. Her previous actions still annoyed me, but her new actions definitely helped to put the issues on the back burner.

As you can see, THE SIN EATER was a mixed bag for me. If there will be more books in this series—and I hope there will be—, I hope it focuses once again on Beatrice and the F.R.E.A.K.S together again and I hope that Oliver and Beatrice are able to advance from where the story left off.