UFI welcomes KD Pryor Author of The Gatekeepers of Em’pyrean Series . Thanks for Joining us!!

I enjoy books with strong female protagonists because I think females have a different take on strength that is very interesting to observe and to capture in words. That is why I chose to write The Portal’s Choice and The Inn of the Kindred Spirits with a fifteen year old female protagonist, Tallis Challinor. As an author, I am interested in how Tallis will manifest these qualities in different situations as she matures and faces new conflict in her life. Below is my list of what I think are the predominant traits that strong female characters possess.

1. Quiet Self-confidence. All strong females have abundant self-confidence but they don’t have a need to shout about it. These strong women operate more effectively than others because they stand in their own power and don’t doubt that they can accomplish their goals. Others follow their lead instinctively.

2. The ability to re-examine their position. The strength of these female characters comes, in part, from their willingness to listen to and learn from others. Being willing to listen does not mean that these females abandon their values and beliefs when something seemingly better is presented, it simply indicates a flexibility of character, an openness to new ideas, and an interest in the contributions of others.

3. A continuing attitude of self-examination and exploration. Strong people recognize the need to explore and process the events in their lives. Strong female characters look back on past successes and failures to learn and grow. They apply these learning lessons in their lives.

4. Vulnerability. Strong women characters are vulnerable. Their interactions are profound, allowing them to empathize with others. These characters open themselves to the joy and sadness of life. And they ask for help when a situation or emotion is overwhelming, knowing they cannot always do it all.

5. They aren’t perfect. These characters make mistakes and are willing to admit as much, learn from what has happened, and move forward without judgment.

6. Inner courage. Strong women are deeply courageous, willing to face their fears head-on and stand up for their beliefs, regardless of what others might think or say.

7. An ability to love. Strong female characters are able to open themselves to love, both of self and of others. These women recognize that to approach all of life with an attitude of love is stronger than to operate from a place of judgment and bad-will.

Strong female protagonists in books are like strong women in real life. The beauty of their strength is that it is soft, quiet, steady, and open. These women continually evolve and grow. They make us feel better and more courageous as a result of our involvement with them. I have worked to instill these traits in my female protagonist in The Gatekeepers of Em’pyrean series, Tallis Challinor, knowing that as her character develops these inherent qualities will become even more apparent.
__________________________________ 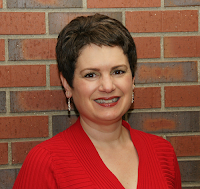 KD Pryor started life in Missouri, where she read lots of books, even sneaking them into baseball games to the irritation of her father. Kelley graduated with a degree in International and Comparative Studies from Trinity University in San Antonio, Texas. After college and marriage to a great guy, she decided to pursue a law degree at the University of Kansas in Lawrence. Her oldest son was born soon after law school, followed three years later by her daughter and a move to Kentucky. One more son, a move to Ohio and four years later, her family jumped on the opportunity to move to India. They lived in Bangalore, now Bengaluru, for four wonderfully chaotic years, traveling all over Asia, Australia and Europe.

Now, settled in New Hampshire with her family and herd of cats (only three), she can often be found in her office, working on the next installment of “The Gatekeepers of Em’pyrean” series, reading one of a dozen books she has started, and dreaming of her future travel destinations.

“The Portal’s Choice”, book one in “The Gatekeeper’s of Em’pyrean” series featuring Tallis Challinor, was released on May 6, 2013.

“The Inn of the Kindred Spirits”, a novella featuring protagonist Tallis Challinor, was released in November 18, 2013.

“The Forgotten Gate”, book two in “The Gatekeeper of Em’pyrean” series, is scheduled for release in 2014. 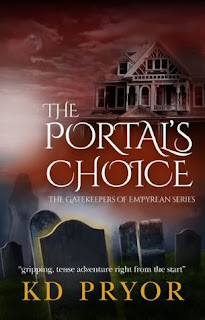 
Portals. Doorways. Gateways. All ways to get in or out of someplace, right?

Nothing weird, spooky or otherworldly about them. Or, at least that’s what Tallis Challinor always thought. Tallis is a practical young woman, a writer, a lover of words and a natural storyteller. But she’s not sure what to do when real-life sucks her into a story far stranger than anything she’s ever imagined.

Tallis discovers that portals are passageways between the human and spirit worlds. She finds out that bent-on-evil ghosts can escape from the spirit realm through those gateways whether they are supposed to or not. And when they do, Tallis finds herself the chosen human, picked by the portal in her basement in New Hampshire, to seek out and return the wayward spirits.

All Tallis wants to do is recover from the loss of her parents and settle into her new home. She’d like a boyfriend, someone like the cute guy, Aiden, down the street. She’d like some girlfriends to talk to and maybe even go shopping with. And she’d like the ghosts, the portal, and the responsibility that has been thrust upon her to disappear.

But when the ghosts threaten her new hometown, her friends, and the family she holds so dear, Tallis discovers the inner courage to meet the portal’s challenge and save those most precious to her. Along the way, Tallis learns that she is more than she’s ever imagined herself to be and that she deserves more than she’s ever dreamed possible. 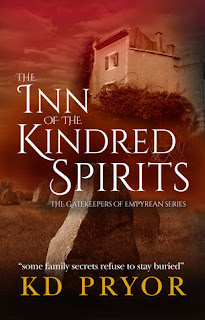 Tallis Challinor imagines this as the perfect vacation scenario, so when her grandfather suggests that she accompany him to the country of her ancestors, she is more than happy to tag along. What Tallis doesn’t bargain on is another ghostly encounter, especially not so soon after she’s sealed up a bunch of unruly ghosts on their side of the portal between the human and spirit realms. But, when she feels the energy radiating from the megalithic standing stones dotting the countryside around Carnac, France, an energy that feels frighteningly like the power exuding from the portal in her basement back home, she has a feeling she might be in trouble. And she is right.

When her grandfather goes missing, Tallis leaps into action. She calls the only ghostbuster she knows in France and, with help on the way, she gears up to battle another set of spirits bent on causing destruction. Along the way, Tallis is forced to examine her life, her relationships, and her tightly-held beliefs about who she is and where she comes from. She also has to juggle two impossible males, both attractive but annoying, both seemingly set on driving her nuts or breaking her heart.