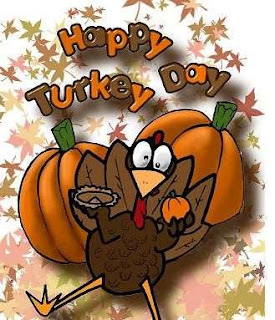 Here is something that everyone can answer no matter where you live....
What book have you been thankful to read in 2016?

Review: The Operator by Kim Harrison 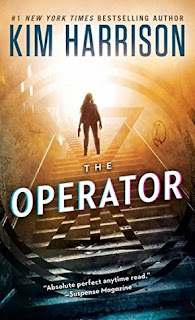 Peri Reed’s job eats her mind, but for a special task agent in hiding, forgetting the past can be a blessing.

Betrayed by the man she thought she loved and the agency who turned her into the very thing she fought against, Peri abandoned the wealth and privilege of Opti for anonymity riddled with memory gaps and self-doubt. But when a highly addictive drug promises to end her dependency on those who’d use her as a tool for their own success, she must choose to remain broken and vulnerable, or return to the above-the-law power and prestige she once left: strong but without will—for whoever holds her next fix, will hold her loyalty.

Yet even now as then, a love based on lies of omission might still save her life.


THE OPERATOR—Like THE DRAFTER— was filled with a lot of action and suspense, but I had a hard time staying in the story and connecting with Peri in book two.

I really enjoyed THE DRAFTER, in fact, I gave it 5 stars. So when I got THE OPERATOR, I thought that it would be another fast paced, enjoyable read by Kim Harrison. For the most part it was, but I found myself getting bored and really disliking Peri at points throughout the book. I knew from book one that she was impulsive, but it seemed worse in THE OPERATOR and her impulsiveness lead her to some bad situations which was annoying. She was constantly in danger and there was plenty of chances to get the upper hand but she just didn't. It was one cluster after another. It just got to be too much by the end.

Let's talk about the relationships of the book. On one hand we have Silas. I really like Silas, and he really likes Peri. Peri unfortunately doesn't remember him like he remembers her but there was some development on this front and I really enjoyed that part of the story. Then we have Jack. We ALL know Jack from book one. I can't stand Jack and Peri says she can't, but for a lot of THE OPERATOR she had no problem standing him. It was very aggravating and I really could have done without his character all together.

I just don't know what to do about this series. It started out fantastically, but THE OPERATOR fell short for me. I will probably give book three a chance because i really love Kim Harrison's past work and that counts for something.