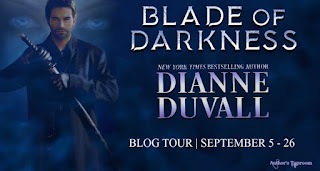 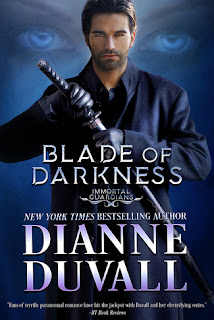 
Dana Pembroke has been able to glimpse the future of those she touches for as long as she can remember. But she never saw Aidan coming. When the tall, dark Celt with the charming grin yet world-weary eyes walks through her door, the future she sees for him is one full of violence, danger, deception... and passion. Because amidst the terrifying battles that unfold in her visions, she also sees herself in Aidan's arms and in his bed. Dana knows she should keep her distance, but the tender moments and laughter they share entice her even as she finds herself thrust into a world of vampires, immortals, and other preternatural beings.

Immortal Guardian Aidan O'Byrne has been hunting and slaying psychotic vampires for nearly three thousand years, so visions of bloody battles don't trouble him. The battles Dana foresees, however, show Aidan's brethren turning against him, so he can't help but feel alarmed. While he spends as much time as he can with Dana, struggling to decipher her dire predictions, Aidan finds himself utterly smitten. Hope rises that he has finally found a woman who can banish the darkness and loneliness that plague him. But when vampires begin targeting Dana and a powerful enemy spawns chaos, will fate grant them time to find happiness together?

Once ensconced in Aidan’s car, Dana began to feel both nervous and excited.

Since he had seen the vision of the two of them naked in bed, would he expect her to make love with him tonight?

Quite a few of Dana’s friends and acquaintances wouldn’t have hesitated. But she had never ended a first date with sex before.

Granted, she’d never gotten to know a man so well on a first date. Another novelty about Aidan was that he had not looked at his cell phone once during the five hours they had talked and dined. He hadn’t taken any calls. He hadn’t texted. He hadn’t scanned his social media feeds or anything else of that nature. He had instead given her his full, undivided attention.

You could learn a lot about a person over the course of five hours of conversation.

Aidan parked in front of her shop. “I believe dinner and a movie is a standard first date. I’d say I’m sorry we didn’t get to see a movie”—theaters closed fairly early in North Carolina—“but I enjoyed your company too much to complain.”

She smiled. “I enjoyed yours, too.”

Opening his door, he stepped out into the night.

Dana opened her own and got out as he strolled around the back of the car. Closing the door, she unzipped her purse and withdrew her keys.

Aidan placed a hand on her lower back as they walked toward her front door. “So. What’s the proper way to end our first date?”

“I’m not having sex with you,” she blurted, then bit her lip.

His eyebrows flew up. “Ever? Or tonight?”

“Tonight.” She gave him a self-deprecating smile. “I’m sorry. It’s just, I know you saw the vision of the two of us in bed and was afraid you might…”

“Expect you to invite me in so we could reenact it?” he finished for her.

He frowned. “Is that how couples end first dates now? I was just hoping you wouldn’t think me too forward if I asked you for a kiss.”

Amusement sifted through her, soothing her nerves. She had discovered tonight that his speech and attitudes were a very entertaining combination of modern and old-fashioned. “A kiss sounds good.”

He smiled. “You don’t know how happy that makes me.” Sliding one arm around her, Aidan drew her close.

Her pulse increased with anticipation as she looked up at him.

Dipping his head, he touched his lips to hers.

Her breath caught. Her heart stopped, then began to pound in her chest so loudly she wondered if he could hear it.

He tilted his head, increased the pressure. And that first tentative caress soon became a fiery exploration that made her whole body burn.

Dropping her purse and keys, Dana slid her arms around him and flattened her hands on the muscles of his broad back. A deep rumble of approval emanated from him as she leaned into his hard form, pressing her breasts to his chest and washboard abs.

Never had she been so turned on by a kiss.

Wrapping his other arm around her, he tightened his hold, pressed her closer.

She parted her lips.

He slipped his tongue inside to stroke and tease her own.

Dana moaned. He tasted so good. Felt so good. She didn’t want it to end. Wanted to jump up and wrap her legs around his waist.

Aidan ended the kiss. Eyes closed, he pressed his forehead to hers. Both fought for breath, their chests rising and falling quickly. Bodies still pressed together.

Then he released her and took a deliberate step back. Sliding his hands into his pockets, he drew in a deep breath, held it, then let it out slowly.

Dana stared up at him, trying to calm her racing pulse, stunned by the intensity of the desire she felt for him. One kiss and she was ready to say, You know what? Forget what I said a minute ago. Let’s get naked.

And he appeared to have been just as affected as she.

He opened his eyes. Such a deep, dark brown. “Well.” His lips turned up in that winsome smile she found so irresistible. “I don’t know about you, but the part of me that was digging in his heels earlier is now telling me he’s all in.”

Bending down, he picked up her purse and keys for her.

Drawing his own keys out of his pocket, he touched her arm with his free hand and gave it an affectionate squeeze. “I’d better leave before I go back on my word and ask for more than a kiss.”

Dipping his head once more, he pressed his lips to hers in a light caress. “Good night, Dana.”

Withdrawing his touch, he walked backward toward the driver’s side of the car, as if he was loath to let her out of his sight. “Would you by any chance be amenable to my seeing you again tomorrow night? Or would that be too soon?”

Grinning, he offered her a gallant bow. “Seven o’clock it is.” He opened the car door. “I’ll wait to leave until after you’re inside with the door locked.”

And she’d thought he couldn’t appeal to her more. “Thank you.” Unlocking the door to her shop, she stepped inside. “Good night, Aidan.”

Closing the door, she locked it and watched through the window as he ducked into his car and started the engine.

Tossing her a jaunty wave, he backed out of the parking space and drove away. 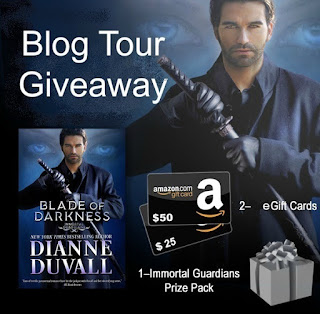