UFI welcomes Author Charlotte McConaghy. Thanks for Joining us!!

That’s a tricky one, as I do so many interviews I think most of my interesting facts have been divulged already! But… I haven’t explained before that one of the main characters in The Cure series – Luke – has a memory condition called synaesthesia, which means he remembers names and numbers as colours and shapes. I was inspired to make him synesthetic because I have first hand knowledge of it – I am too.

I’m a big reader, and I love film and television, but if I’m not consuming story of some kind, I just like to spend time with my friends, cooking and hanging out, or going out to restaurants or bars – I love food and wine almost as much as I love stories. Almost.

Do you mean which element of storytelling is my favourite? If so, I’m definitely a lover of character. Some people love writing plot, some love action, some love building worlds and getting lost in settings, and while I do love all those things, the main reason I write is so I can explore characters and try to draw them as complexly as I can. I love discovering traits and habits and mannerisms, love having characters do or say something I didn’t expect or predict, and love taking them through realisations or transformations. They’re the heart and soul of your stories.

Well I’m a night owl, so I work better in the evenings. I need to be feeling rested and mentally inspired, I like to have music on to get me in the mood, and then I usually just sit and write until my brain is so dead I have to stop.

From those genres I really enjoyed: Half Bad by Sally Green
A Darker Shade of Magic by Victoria Schwab
The Last Werewolf by Glen Duncan
The Darkest Part of the Forest and The Coldest Girl in Coldtown by Holly Black
A Thousand Pieces of You by Claudia Grey
The Raven Cycle series by Maggie Stiefvater
The Fifth Wave series by Rick Yancey (not sure if this is the right genre – might be more dystopian sci-fi)
Daughter of Smoke and Bone by Laini Taylor (this starts out as urban fantasy and then shifts more into high fantasy)
There’s so many more – I could go on all day…

How would you pitch The Cure to someone who has not heard of it before?

In a dystopian future people are being cured of their emotions. First to go is anger, making a civilisation of calm, docile drones. But alone amidst them is Josephine, who hasn’t been cured and feels enough fury for the whole world. She has dark secrets and a past full of terrible deeds, but when Luke shows up to help her uncover the mysteries in her past, she slowly stops feeling like the last sane person left in the world. It’s romantic, gritty and action-packed – and it explores what is really worth fighting for in world where pieces of us are stolen.

Can you tell us a little bit about the world that Melancholy is set in?

In this future world most of the population has been wiped out by disease, but the remaining city has been walled off – no one comes in and no one can leave. Within this city, to control the uprisings, the government have begun a mandated cure for anger, packaging it as a positive, happy, calm thing. Melancholy is book two in the series, and is about what happens after Josi and Luke have escaped the city and found themselves in the strange, violent world of the resistance fighters – people who live in the middle of a wasteland and are constantly fighting for their lives.

Do you have a favorite scene in Melancholy ?

Ooh, good question. My favourite scenes to write are always the romantic ones… So without giving anything away, I loved writing the scenes between Josi and Luke, all the build-ups and the tensions, the betrayal and the forgiveness, their memories of what they had together in book one and their struggle to reclaim that. I also really like writing death scenes… Does that make me a sicko?

There was a character in my novel Avery named Thorne, who was probably the most difficult and therefore most enjoyable, and that was simply because he starts the novel as a bit of a villain, but goes through a complex transformation. Getting him through that was really challenging, because you have to make it slow and painstaking or it doesn’t feel real. And shifting a character’s perspective on everything – the world, the people around them and themselves – is a difficult, arduous task. You work really hard on it, and then by the end of the book you really love the character – that’s what happened for me with Thorne.

I started writing when I was fourteen, living in the small city of Armidale, NSW. It took me several years to get my first book 'Arrival' published and released, but it's finally out there. I still write every day, otherwise I start to go mad!

I'm very excited to release my new romantic sci-fi novel 'Fury', Book One of The Cure Series, and my fantasy novel, 'Avery', as they've both been labours of love – and exciting starts to new series.

I have recently graduated from a Masters in Screenwriting at the Australian Film, Television & Radio School, which allows me to follow my passion for writing film and television. I'm a huge movie buff ­– I go to the cinema at least once a week!

For anyone who has a fantasy about writing a book some day, my advice is to ­ do it now! It's the most exciting, rewarding, wonderful job anyone could ever ask for!

I love hearing from fellow or aspiring writers, so if you have any questions or comments, please don't hesitate to contact me. 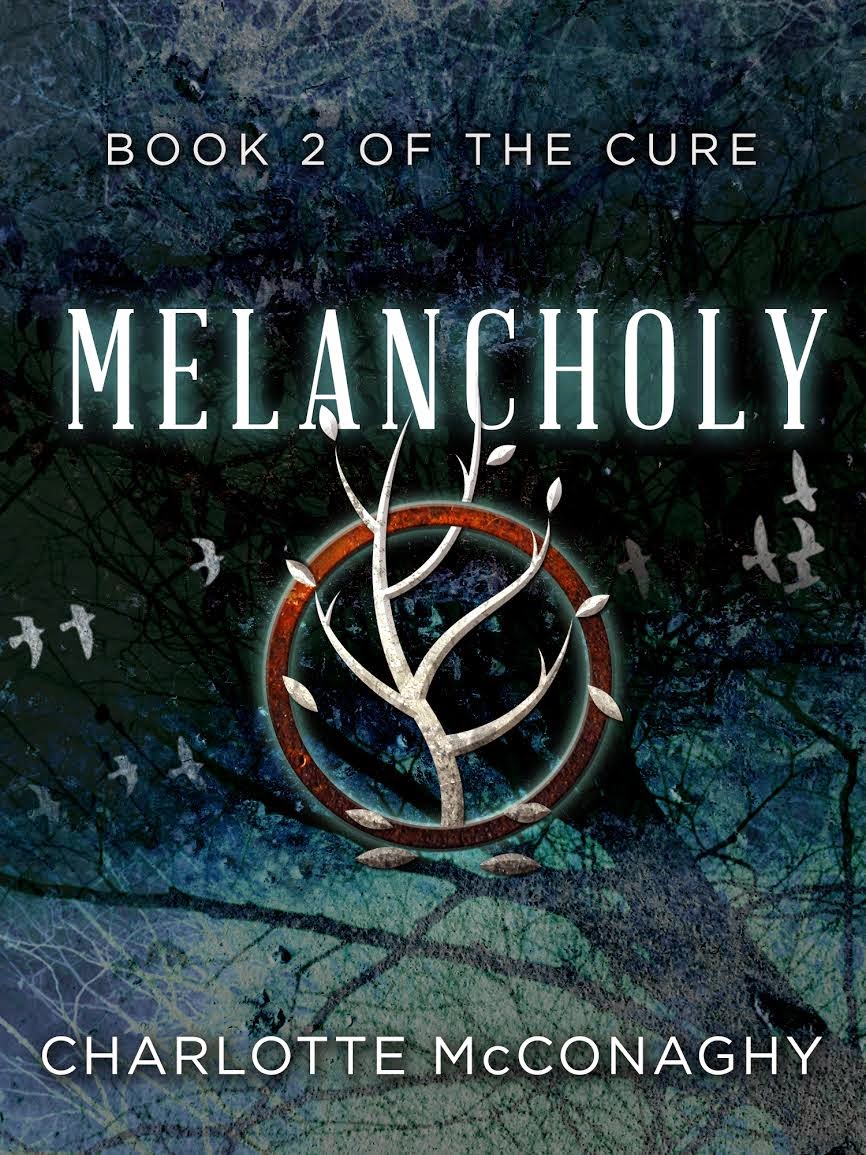 
Here in the west they know a lot about hope. They know how to ration it just as they do with food and water.

Josephine is at last free of the blood moon. But in a desperate rush to find help for a comatose Luke, she discovers the strange and dangerous world of the resistance, and it is unlike any world Josi has known.

In the west they believe in fury – they cultivate and encourage it. The unruly people of the resistance know that to survive means to fight. But can they fight the inevitable cure for sadness that rushes steadily closer?

In the action-packed sequel to Fury, everything Josi believes about herself will be challenged. Haunted by atrocities and betrayals, she must find the strength to trust again, and decide how far she is willing to go to fight the inevitable.

At times both brutal and sweet, Melancholy is the story of second chances and finding love in a ruined world.