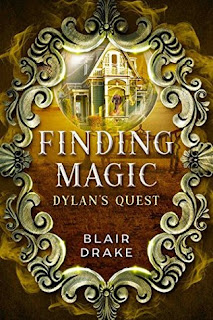 
The most normal thing about Dylan’s morning was being called to the headmaster’s office. And that’s where normal forever changed for him. One minute he’s in the office, the next he’s on the roof, and moments later, he opens the doors to Gray Cliffs Academy to find he’s in a whole new world.

Troll, and pixies, and chameleman, oh my. In a dimension with real-world technology along with magic, Dylan must find his grimoire and get back to Gray Cliffs before the darkness invades both worlds.