The Fates are cackling their bony asses off... It's been a year since Seth made the deal with the gods that pledged his life to them. And so far, the jobs they've given him have been violent and bloody--which is kind of all right with him. But now Apollo has something else in mind for Seth. He's got to play protector while keeping his hands and fingers off, and for someone who really has a problem with restraint, this new assignment might be the most challenging yet. Josie has no idea what this crazy hot guy's deal might be, but it's a good bet that his arrival means the new life she started after leaving home is about to be thrown into an Olympian-sized blender turned up to puree. Either Josie is going insane or a nightmare straight out of ancient myth is gunning for her. But it might be the unlikely attraction simmering between her and the golden-eyed, secret-keeping Seth that may prove to be the most dangerous thing of all. Because history has once again been flipped to repeat.

Shaking my head, I pivoted around and walked down the long hall to my dorm room. As I reached the door, the shiver was at the base of my spine again, dancing its way up until it traveled across my shoulders. My heart turned over heavily and I closed my eyes.

Twice in one day. Oh God. I’d never felt this more than once in any span of several days.

Swallowing hard, I wrapped my fingers around the doorknob, battling the urge to turn and scan the hall, because I knew no one would be there.

Dragging in a deep breath, I opened the door and stepped inside the room. My brows flew up, and I forgot about the feeling as I closed the door behind me.

Erin was sprawled on the floor, palms pressed down on a mat, her spandex-covered behind jutting up toward the sky. She turned her head, peering at me from under her armpit.

“How in the world do you get your neck to bend like that without killing yourself?” I asked.

Erin did yoga and meditation religiously, saying it helped merge her yin and yang together or something. She’d once told me she had a hell of a mean streak, and contorting herself into painful-looking positions helped keep “good vibrations” around her. Which was strange, because I’d never seen Erin lose her temper in the two years I’d known her.

Erin unfolded herself from some kind of downward dog or upward pony and grinned at me. “Check under the bed.”

Curious, I dropped my bag and stepped over her legs. Bending down, I lifted the bedspread and my eyes grew to the size of saucers when I spotted the bottle. I snatched it up and clutched it to my chest as I whipped toward her. “José!”

Her grin spread into a smile. “The best boyfriend ever.”

# 1 NEW YORK TIMES and USA TODAY Bestselling author Jennifer lives in Martinsburg, West Virginia. All the rumors you’ve heard about her state aren’t true. When she’s not hard at work writing. she spends her time reading, working out, watching really bad zombie movies, pretending to write, and hanging out with her husband and her Jack Russell Loki. Her dreams of becoming an author started in algebra class, where she spent most of her time writing short stories….which explains her dismal grades in math. Jennifer writes young adult paranormal, science fiction, fantasy, and contemporary romance. She is published with Spencer Hill Press, Entangled Teen and Brazen, Disney/Hyperion and Harlequin Teen. Her book Obsidian has been optioned for a major motion picture and her Covenant Series has been optioned for TV. She also writes adult and New Adult romance under the name J. Lynn. She is published by Entangled Brazen and HarperCollins. 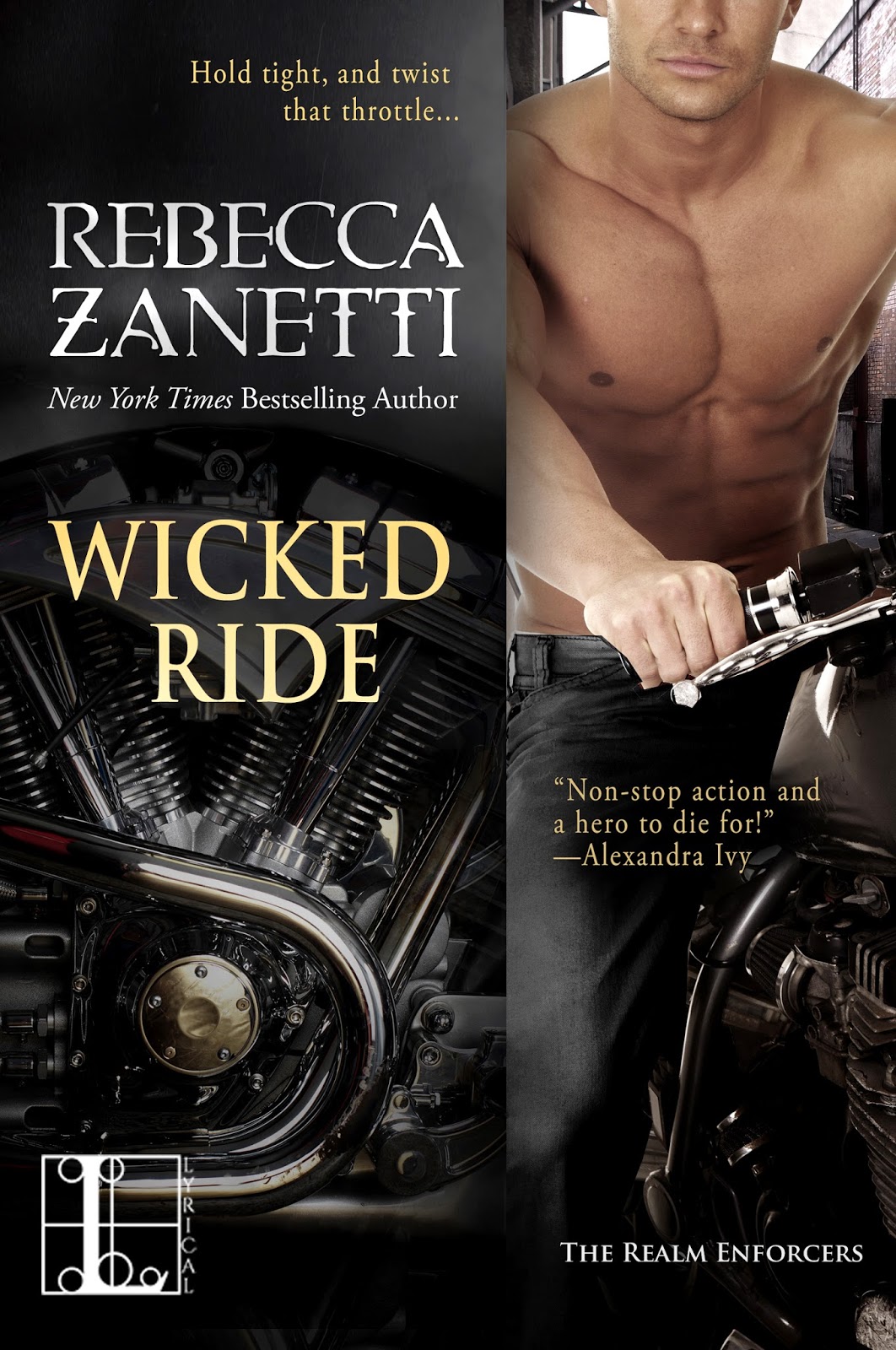 
If you love the Dark Protectors, these wicked hot Realm Enforcers are for you!

Alexandra Monzelle is a hard-fighting, heat-packing Seattle vice cop, and she’s not much interested in being protected. Her short skirt and sex-kitten heels are tools to lure her suspects into talking about the deadly new drug hitting the streets. She can take care of herself and then some. Unfortunately, she can’t seem to get that through to Kellach Dunne.

Kellach is a fresh import from Dublin, and he’s landed at the heart of a vicious motorcycle club that deals in guns, narcotics, and mayhem. He’s all male, all rough power—and all interference in her damn investigation. Maybe he’s one of the good guys. Maybe not. Lex knows an affair with an immortal like him would risk everything. No matter how delicious he looks…

New York Times and USA Today Bestselling Author Rebecca Zanetti has worked as an art curator, Senate aide, lawyer, college professor, and a hearing examiner – only to culminate it all in stories about Alpha males and the women who claim them. She writes dark paranormals, romantic suspense, and sexy contemporary romances.

Growing up amid the glorious backdrops and winter wonderlands of the Pacific Northwest has given Rebecca fantastic scenery and adventures to weave into her stories. She resides in the wild north with her husband, children, and extended family who inspire her every day–or at the very least give her plenty of characters to write about.