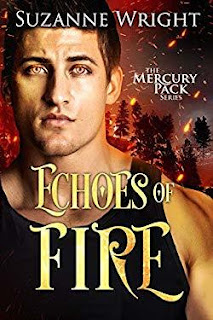 They may not be made for each other, but animal instincts are impossible to ignore.

Madisyn Drake is a rare breed of cat shifter…a loner, unpredictably wild, and emotionally distant. A recent betrayal has left her ready to sharpen her claws on the next man she sees…until a prowling wolf with steel-gray eyes and a brooding dark edge challenges her distrust. No matter how fully he satisfies her touch-hunger, Madisyn’s not ready to open up again, even if it is oh so gratifying.

Bracken Slater has earned his reputation as an indomitable predator. Once broken by grief and guilt, Brack is feeling alive again, thanks to the heady scent of this independent feline. Convincing her that they’re meant for each other is going to take more than branding Madisyn’s beautiful neck. She’s not interested in joining an unfamiliar pack, much less answering to an alpha. But when threats from both their pasts take shape, their unexpected destiny may be the only thing that can save them.


It's getting harder and harder to review both the Mercury pack and the Phoenix pack books the longer both series goes on. Each book in both series follows a general story arc, but Suzanne does a good job in making each story fresh.

I really enjoyed Madisyn's independence and Bracken's ability to let her feel like she always had it—even when she didn't lol. I think he realized she could take care of herself, but he still needed to feel like he was always there to protect her. They both worked really well as a couple.

The romance as always was steamy. The couple was made for each other and their attraction and love streamed through the pages loud and clear.

I haven't disliked any of Suzanne Wright's books to date and I will continue to read everything she puts out.