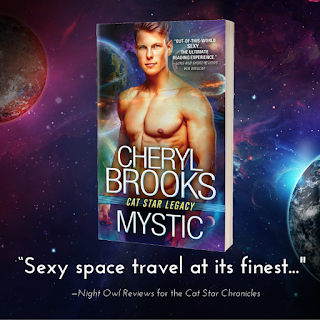 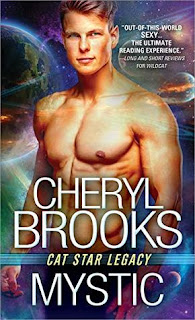 
Her love is the one thing he never saw coming…
Sulaksha Enduran is still reeling from the death of her lover. He died of a mysterious plague—and it’s out of control. Sula is determined to find answers on her own, until an impossibly sexy Zetithian saves her life and joins her quest.

Despite the prescient abilities and power over the wind that enable Zetithian mystic Aidan Banadänsk to rescue Sula from certain death, he couldn’t have predicted her unique effect on him. It shrouds her future in mystery…and fills him with unparalleled desire.

But Sula’s investigation has put her in the crosshairs of a deadly conspiracy. With an entire planet’s population at stake, Sula and Aidan must risk it all to save the planet, the galaxy…and each other.

Cheryl Brooks is a former critical care nurse and is the author of the ten book Cat Star Chronicles series. Maverick is the first book in her new Cat Star Legacy duo featuring the next generation of Zetithians. Cheryl resides with her husband, two sons, two horses, three cats, and one dog in rural Indiana.