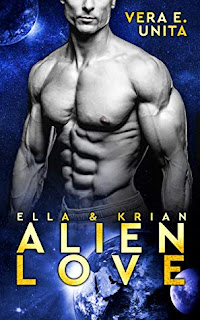 Mischief and lies brought us together but as soon as I learn the truth, I promise to help her.
She is mine now and everyone, who ever hurt her, will feel my wrath.

Krian
My people are dying. We won the war against the Rakes but they poisoned our water and one after another our females died.
We searched the solar system for a compatible species, humans piqued our interest. As King of Krotan it is my duty to test our scientist’s theory. Thanks to the matchmaking agency Alien Kink a tiny human called Ella Bellini comes to Krotan. Something feels off, though…

Ella
I was kidnapped, f*cking kidnapped.
When I realize that I have been sold to planet Krotan, home to an infamous warrior people, I didn’t expect to be put into a luxurious suite. And I really didn’t expect my tall, overly muscled captor to look confused, when he comes for me in the night and I fight him with everything I’ve got. What did he expect? That I wanted to be here with him?
Problem is, we don’t understand each other. But he stopped, that’s everything that counts. Perhaps the sexy as hell alien will even help me, once we find a way to communicate?

Every book in the series can be read as a standalone, HEA guaranteed! This fast and steamy romance is intended for adult readers—have fun!

Only 99¢!
Or FREE on Kindle Unlimited!

My legs felt shaky and suddenly being able to understand his language was overwhelming.
We could finally talk to each other!
The thought was like a lightning strike. I needed to tell him everything that had happened! Hopefully he could really help me find Sia. “We were just walking down the street, when they came at us,” I began. My tongue felt strange, as if talking Krotan needed different motions than I was used to. He had hacked my brain with his translator, right now I didn’t care anymore, after all I was finally able to communicate properly with him.
With Krian, I reminded myself. The Krotan warrior had a name.
“They drugged us, I only woke up again in the cargo bay of their ship.” The memory of how scared I’d been made me shake even now, months later. Staring at the floor, I didn’t see him coming. Suddenly there were arms pulling me towards a heavy, reliable chest. “You’re safe.” The dark timbre of his voice vibrated throughout my whole body, it made my skin prickle but the frantic rhythm of my heart slowed immediately. I believed him: In his arms I really was safe.
Something must be wrong with me, right? How could I trust him so quickly? Exceptional situations brought exceptionally strong feelings, I guess…
“They took my sister. They took Sia, too!” I whispered against his chest, my throat was closing in. “And there were other women, one was barely more than a girl!”
Around me I felt his arms tighten, as if he didn’t like what he was hearing. My heart was pounding heavily between us but his embrace helped me to calm down. “I need to find her,” I urged. When I looked up, his gaze was dark. By now I was able to discern the tiny differences between his expressions, though. He wasn’t angry at me, he was just determined.
“I understand,” he said after a while and I got the feeling that he understood much more than he let on.
“Did…did you have a sister?” Suddenly my heart was racing again, meanwhile my hands clutched at his shirt, seemingly of their own accord. A bad feeling was whirling around in my stomach.
“A brother.” A sharp nod. “He died in the war against the Rakes.” At first I was shocked how he could say these things as if solely stating facts. Then I saw the gut-wrenching pain hidden beneath the calm mask of his face. He did hurt, apparently Krotans only had fewer facial expressions than humans.
“I’m sorry,” I whispered, while tears began to roll down my cheeks. Only the thought of losing Sia made me go into a panic. I was so sorry that he had had to go through this.
He nodded solemnly but didn’t say anything more about his brother. Perhaps one day he would tell me about him. One day? How long did I plan to stay here? I wanted to find my sister and then go back home. Right? 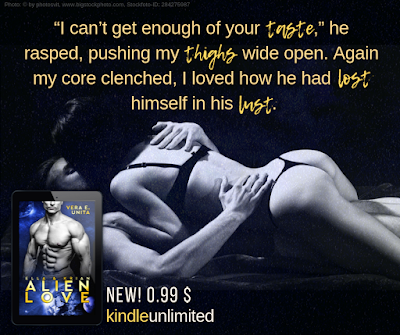 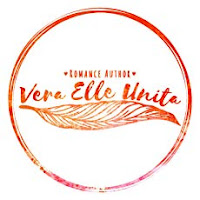 Due to her father’s many business trips, Vera Elle Unita was born in Germany near Stuttgart in 1990. Since then she has traveled a lot, even studied one year abroad, but finally settled down with her husband and two beautiful dogs back home in the US—hello, Boston! She likes new hair colors, chocolate (who doesn’t?), and reading or writing about strong, perfectly imperfect book boyfriends struggling with their past. Everyone just needs a little love, right?