Did you know, most present day Halloween traditions are traceable to the ancient Celtic day of the dead? Halloween consists of mysterious customs, but each has a history, or at least a story behind it.

Take wearing costumes, and roaming from door to door demanding treats. This behavior can be traced to the Celtic period and the first few centuries of the Christian era, when it was thought that the souls of the dead were out and about, along with fairies, witches, and demons. Offerings of food and drink were left out to placate them. As the centuries wore on, people began dressing like these creatures, performing antics in exchange for food and drink. This is where the practice of trick-or-treating began. To this day, vampires, witches, ghosts, and skeletons are among the favorite costumes.

Our Halloween also retains activities from the original harvest holiday of Samhain, such as bobbing for apples and carving vegetables, (pumpkins) as well as the fruits, nuts, and spices for cider associated with the day. Although at my house, hot chocolate is pretty popular, since Halloween almost guarantees the first snow of the year.

What more could you ask for? I love Halloween, don’t you? 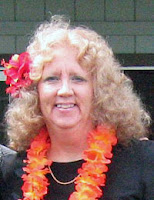 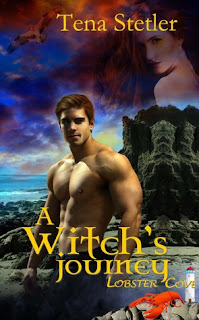 
Pepper McKay comes from a long line of powerful witches. Unfortunately, magic brings her nothing but trouble. She learned the love of wildlife rescue and rehab from her Aunt Ashling. After graduating from college, Pepper works for Salem Wildlife Sanctuary and lives from paycheck to paycheck until she inherits the McKay property in Lobster Cove. With the family land and resources, she dares to dream of starting her own wildlife rescue and rehabilitation center.

Lathen Quartz, a former Navy SEAL turned handyman maintains the enchanted McKay property for the McKay estate. But someone is trying to steal the McKay magic. Lathen offers to help Pepper achieve her life-long dream of building a wildlife center. During the long hours spent together on the project, their mutual attraction can’t be denied. But each harbors a deep, dark secret. Will they overcome their demons and give love a chance?

Lathen put his hand on her shoulder. “Where’d you go? Been sitting there, knife extended above the pumpkin, for fifteen minutes. Are you going to carve it or just threaten it?” He guffawed and wrapped his large callused hand around hers holding the knife, brought it to the pumpkin, and made carving motions, then tried to hand her an erasable marker. “Try using this first.”
She pushed his hand away and frowned at him. “Oh, stop it. I was thinking about this evening after the celebration. I don’t want anything to go wrong.”
“It won’t. We have a solid plan and several powerful witches to bring it to fruition. So relax and enjoy the festivities of your favorite holiday. But the decorations will be lacking if you don’t get to carving. We need twenty-five jack-o-lanterns, by your own count, for the gazebo and surrounding area tables in the town square. I have the candles and holders for each right here.” As he swung the bag in front of Pepper, the tinkling sound of glass clinking together had her frowning.