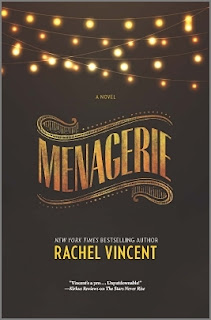 When Delilah Marlow visits a famous traveling carnival, Metzger's Menagerie, she is an ordinary woman in a not-quite-ordinary world. But under the macabre circus black-top, she discovers a fierce, sharp-clawed creature lurking just beneath her human veneer. Captured and put on exhibition, Delilah in her black swan burlesque costume is stripped of her worldly possessions, including her own name, as she's forced to "perform" in town after town.

But there is breathtaking beauty behind the seamy and grotesque reality of the carnival. Gallagher, her handler, is as kind as he is cryptic and strong. The other "attractions"—mermaids, minotaurs, gryphons and kelpies—are strange, yes, but they share a bond forged by the brutal realities of captivity. And as Delilah struggles for her freedom, and for her fellow menagerie, she'll discover a strength and a purpose she never knew existed.

“Vincent creates a fantastic world that is destined to pique your curiosity … As Delilah Morrow slowly uncovers a side of herself that she never knew existed, you’ll sympathize with her … desperate to see her succeed.”
—RT Book Reviews, Top Pick

“[Menagerie] is a dark tale of exploited and abused others, expertly told by Vincent.
—Library Journal, Starred Review

“As depicted by Vincent, Delilah is magnificent in her defiance of injustice, and the well-wrought background for her world sets the stage for her future adventures in this captivating new fantasy series.”
—Publishers Weekly
__________________________________ 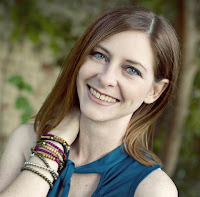 Rachel Vincent is a former English teacher and an eager champion of the Oxford comma. She shares her home in Oklahoma with two cats, two teenagers, and her husband, who’s been her # 1 fan from the start. Rachel is older than she looks and younger than she feels, and she remains convinced that writing about the things that scare her is the cheapest form of therapy—but social media is a close second.

Who's planning on Reading Menagerie?
Posted by StacyUFI at 3:00 AM 2 comments: 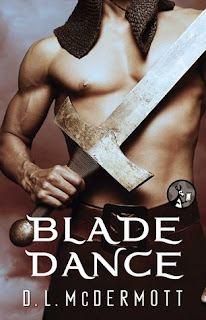 
For fans of Jeaniene Frost and Kresley Cole, Blade Dance is the fourth book in D.L. McDermott’s fast-paced and sexy paranormal romance series about the Boston Fae—a full-length novel available exclusively in ebook!

Boston schoolteacher Ann Phillips knows better than to trust the Fae, but when one of her second graders turns up to class with both arms covered in magical tattoos, she has no choice but to turn to Finn MacUmhaill, the dangerous and charismatic Fae crime lord who controls Charlestown, for help.

Finn MacUmhaill, leader of the Fianna, has had his eye on Ann Phillips for months, but a recent showdown with an old enemy has left his house broken. Between the crippling blow dealt to the Fianna and his son’s recent defection, he hasn’t had time to woo the pretty redhead. When she turns up on his doorstep asking for his help, he thinks he’s found the way to win her, but before he can act, the child goes missing, kidnapped by a rogue Druid who has discovered the key to destroying the wall between worlds.

Now, Finn and Ann must ally themselves with an old adversary—the treacherous Prince Consort—to save the boy, or risk the destruction of the wall that keeps the corrupt Fae Queen and her Court at bay… 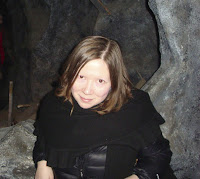 A native of Bergenfield, New Jersey, D L graduated from Yale with a degree in Classics and Art History. For many years she managed architecture and interpretation at the Peabody Essex Museum in Salem, and wrote and directed the Witch City’s most popular Halloween theater festival, Eerie Events. She later earned an MFA in film production from the USC School of Cinematic Arts. D L has been a sorority house mother, a Disney/ABC Television Writing Fellow, a WGA Writer’s Access Project Honoree, and a staff writer on the ABC primetime drama, Cupid. Her screenwriting credits include episodes of the animated series, Tron: Uprising. Her short fiction has appeared in Alfred Hitchcock’s Mystery Magazine and Albedo One. The director of several award-winning short films, her most recent project, The Night Caller, aired on WNET Channel 13 and was featured on Ain’t It Cool News. She is married with one cat and divides her time between Los Angeles and Salem.