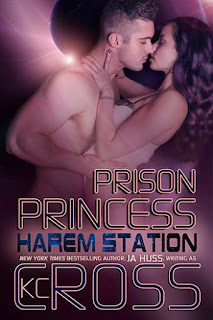 THE BOYS OF HAREM STATION ARE KEEPING LOTS OF SECRETS!
Valor joined up with Tray after Beauty’s sacrifice because he knew Luck was destined to be with Princess Nyleena. There was no room in that relationship for a third wheel. But when he teamed up with Tray he had no idea that he’d be the third wheel in that partnership too.
Tray has been keeping ALCOR’s secrets since the day he arrived on Harem Station. Not just one or two… ALL of them. But he’s also been keeping one of his own.
His secret is a girl. Not a Cygnian girl. An Akeelian girl. A beautiful, mysterious, scheming secret girl that Tray has been in love with ever since she first turned up in his Pleasure Prison virtual reality asking him for help.
Except she’s not virtual.
She’s real.
She’s in danger.
And before Valor came along all he wanted to do was break her out of her prison and keep her for himself.
But now… he might have to learn to share.
Prison Princess is an erotic MMF ménage featuring double-endowed alien men, a girl who shouldn’t exist in a virtual Paradise, a love-struck sentient ship, two all-powerful AI’s willing to fight for her, and an entire book about LEARNING TO SHARE *wink-wink*. 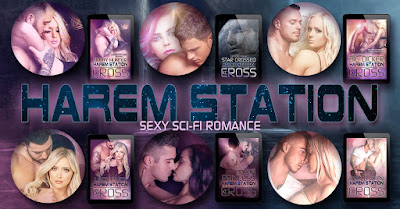 
TRAY
I kiss her. Hard. My body blocks her in, pressing her against the wall so there’s no possibility of escape. My knee slips between her legs and then I kick her feet open. My cock grows harder against the soft skin of her inner thigh and I can’t wait to be inside her.
My fingers slip up into her hair and I pull it until she gasps and lets out a small squeak that will surely make me insane if she does it again. “Did you fuck him?” I ask.
“No,” she says softly. “But I wanted to.”
I laugh. And then I kiss her again. “Fuck, I’ve missed you,” I say, thinking about how warm her mouth will be on my cock.
She smiles, still kissing me back. Coy and teasing now, she says, “I really did want to fuck him. But he’s your brother and that’s kind of gross.”
“Not my real brother,” I say, nibbling at her neck. I want to eat her up. “And he might be interested.” I stop nibbling and pull back just a little. “But we can talk about that later. Right now you’re just mine and I’m not willing to share.”
My other hand squeezes her breast and I hold her there. My little captive. My secret prisoner. Staring into her dark eyes as she looks up at me with longing.
No one has ever looked at me this way. Only Brigit.
“I love you,” I say.
“Doesn’t seem like it,” she quips. “You left me for several eternities this time. I’m not happy. You need to make it up to me.”
“Do I?”
She nods, shyly. Trying not to smile.
I twirl her around, push her face up against the hut wall, and bite her shoulder as my cock slips between her legs. “Like this?” I ask, my fingers already playing with her ass.
“Like that,” she whimpers back. “Right now.”
“Better get yourself wet, princess. And you better do it quick. Because I’m not in the mood to wait and I don’t care if it hurts.” 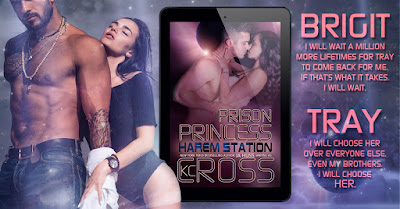 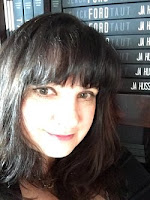 JA Huss is the New York Times Bestselling author of 321 and has been on the USA Today Bestseller's list 21 times in the past five years. She writes characters with heart, plots with twists, and perfect endings.

Her new sexy sci-fi romance and paranormal romance pen name is KC Cross and she writes novels and teleplays collaboratively with actor and screenwriter, Johnathan McClain.

She lives on a ranch in Central Colorado with her family.