UFI welcomes Author Claire Ashgrove. Thanks for Joining us!!

I grew up as an only child, and begged my mother for a sister or brother. Unfortunaely, that never happened, and so I “adpoted” sisters and brothers as I went along. My best friend’s older sister often drove her insane, which I never could understand, but I looked up to Lori, secretly wishing she was my big sis.

Now, as an adult, I look at my two boys and am often baffled. We celebrate around here when my children actually get along. I don’t understand that either. They should be friends, right? Hah! Only in a mother’s dream.

Well, despite my lack of comprehension, they certainly provide good fodder for creating a series about eight siblings. And following what I have now realized is a normal dynamic, there are some who are close, and others who are not. Some can despise each other, truly, others feel indifference, and others be bonded like twins.

Unfortunately, in Fated for Sacrifice, the most dominant sibling relationship isn’t positive. Daire can’t stand his dark brother Taran. I struggled a bit with how to present that believably. Until I watched my children fight over a Hot Wheels car that was mine. And then the entire story clicked into place. Daire, who’d rather avoid Taran, and who is easily avoided, must confront his vile brother because Reese Hamilton has something they both want. Whoo-hoo, kids, we were off and running! Any time I needed inspiration, I just had to tune into the latest argument in my living room.

What Daire will do to protect Reese, the lengths he’ll go to keep her magic scroll out of Taran’s hands, leads him down a path of consequence, which he isn’t nearly ready to encounter. Taran will do much the same. In the end though, how far will each brother go, to obtain what he wants? 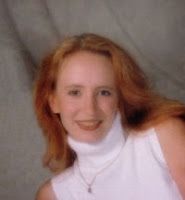 In her non-writing time, she owns and operates Finish The Story, a full-scale editing house co-founded with Bryan Thomas Schmidt. She lives in Missouri and enjoys cooking, studying ancient civilizations, and spending downtime with her two sons and too-many horses, cats, and dogs.
To learn more, visit her at: claireashgrove.com or toristclaire.com. For all the latest updates look for the Untamed Spirit blog, via any of her websites.


INHERITED DAMNATION is an 8 book paranormal romance series being released as one book every three weeks between January 27th and June 23rd, 2015.

The first four volumes – Cursed to Kill, Tormented by Darkness, Destined to Die,  Bound by Blood, and Fated for Sacrifice are available now! 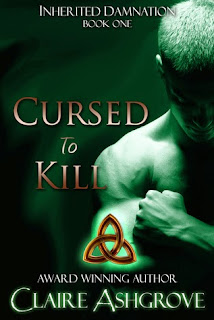 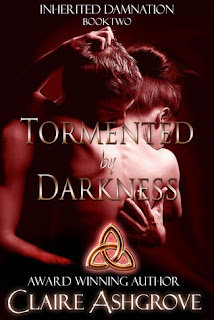 
Cursed by her incubus father centuries ago, the last thing Rhiannon McLaine wants is to fall in love.

The night she delivers flowers to detective Mick Farrell, however, everything changes. Deep-seated attraction flares into untamed passion. In the morning, Rhiannon awakens to find she’s lost her heart. Now, unless she can convince Mick of her secret past, she’s destined to take his life.

When Rhiannon asks Mick to go camping with her, instinct warns him to refuse. Though he hungers for her love and the goodness she represents, he’ll do anything to keep her from discovering the darkness within his soul. Yet a weekend in the woods is the perfect place to indulge in temporary desire…until he finds himself bound against his will.

Surrounded by ancient Celtic rites and magic, can Mick see beyond Rhiannon’s duplicity and recognize her love? Or will the revelation of her true demonic nature doom Rhiannon to a mortal life alone? 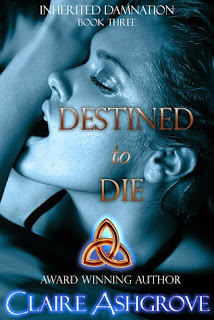 
Haunted by his mother’s betrayal, Belen McLaine surrendered to his demonic half long ago. For centuries, he’s roamed, doing all he can to corrupt those he encounters. But Belen’s life changes when a little Yuletide fun goes wrong, and the one woman he can’t stay away from is suddenly in need of his protection. Unable to cast her aside, he finds himself on a deadly path to love.

Faith Winters shared one glorious date with Belen complete with fireworks, but he stayed away until the night of her brutal attack. As danger escalates, he becomes her only safety net. Shared passion gives way to something deeper, hotter, than she’s ever known before. Yet Faith has no idea her greatest threat is the very man who holds her heart.

For Belen, even if it means hurting Faith, he must not succumb to love. If he fails, his father’s curse promises he’ll take Faith’s life. 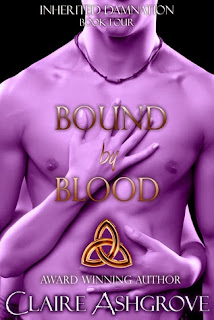 
Beth Whitley has finally put her life back together after her husband’s betrayal and is determined to piece together the clues to her past. But she never imagines an ancient scroll bearing the name of a Celtic ancestor will plunge her into a world of demonic ritual. Nor does she suspect that a kiss shared with genealogist Fintan McLaine will unveil the secrets of her dreams and a burning desire.

Fintan McLaine wants freedom from the dark curse he’s suffered for centuries. When Beth arrives with evidence that she shares ancestral ties with his Selgovae Celt tribe, he must confront the truth of his inherited damnation. As he struggles to convince Beth the truth within her dreams, she awakens a dangerous and forbidden yearning in his heart.

To save them both, Fintan must convince Beth to believe in herself and her ability to overpower his unholy sire. If he fails, he will remain an eternal slave to his tainted blood and lose Beth forever. 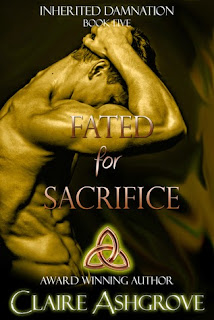 
When Reese Hamilton is abandoned in the snow-laden woods, she must find her way to Dáire McLaine’s cabin—a friend she’s known for years, and the man who makes her pulse triple. Little does she know that a cozy night in the woods will lead to passion they both have been longing to explore. But with the new change in their relationship comes something darker and more terrifying, and Reese must confront danger, even death, before she can be free to love.

Dáire McLaine will do anything to escape his demonic blood and attain mortality, even if that means defying nature’s laws and manipulating Reese’s thoughts for his own means. But when he delves into her hidden secrets, the staggering emotion he encounters makes it impossible to deny the forbidden longings of his own heart. He’s yearned for Reese over the years. Yet to love Reese will demand the ultimate sacrifice—his life. 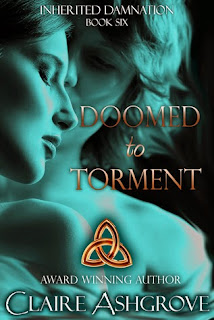 
Isolde McLaine left Hatherly Hall and its darkly handsome owner Angus Shaw to escape her incubus father's curse. But when word reaches her that Angus is selling the piece of British history, she returns to talk sense into him. Little does she realized that returning to England will throw her into her sire's vile world and leave her fighting not just her heart and the danger of falling in love but battling to save Angus's son's life.

For three and a half months, Angus has done his best to put Isolde and the one unforgettable kiss they shared behind him. Yet when she returns, scolding him for selling his deceased wife's estate, he's sharply reminded of the passion she awakens inside him. Yet as Isolde pushes for him to leave his son's legacy intact, their battle of wills provokes far more than just desire. His son's nightmares have returned. And Isolde triggered the hellish dreams.

Torn between protecting his child and the love he feels for Isolde, Angus must find the strength to trust in Isolde before her demonic sire claims his son.

INHERITED DAMNATION EXTRAVAGANZA Giveaway
a Rafflecopter giveaway
Posted by StacyUFI at 3:00 AM 2 comments: