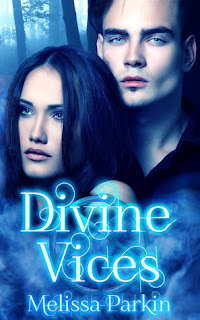 
The last thing sixteen-year-old Cassie Foster needs is trouble, but that doesn’t stop him from finding her.

Nine months after the tragic accident that killed her mother and sister, this high school junior just wants a fresh start. Settling down in the quiet town of New Haven, Maine, she’s found peace at last…until the new resident bad boy, Jackson Matthews, comes into the picture. Arrogant, sarcastic, and devastatingly sexy, he’s the very last thing Cassie wants to entertain. Romance was never part of the plan. But when terrifying circumstances drive these two together, she finds herself further in over her head than thought possible. As local girls begin disappearing, Cassie can’t help but wonder if it’s just a coincidence that everything started when this blue-eyed Casanova strolled into town. Will falling into Jackson’s arms mean she’ll be falling victim to a real lady-killer…or worse?

The answer will open the door to a world she never thought possible.

Melissa Parkin is a Chicagoland native who feels weird referring to herself in the third person. When she's not binge reading, taking photographs, breaking the first rule of Fight Club, or playing music too loud, she's writing young adult paranormal romances. 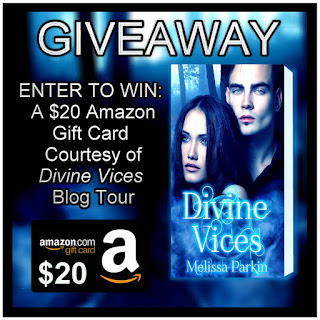 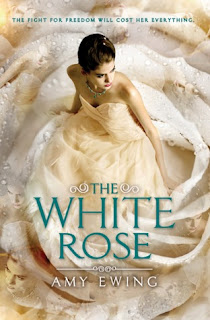 
Violet is on the run. After the Duchess of the Lake catches Violet with Ash, the hired companion at the Palace of the Lake, Violet has no choice but to escape the Jewel or face certain death. So along with Ash and her best friend, Raven, Violet runs away from her unbearable life of servitude.

But no one said leaving the Jewel would be easy. As they make their way through the circles of the Lone City, Regimentals track their every move, and the trio barely manages to make it out unscathed and into the safe haven they were promised—a mysterious house in the Farm.

But there’s a rebellion brewing, and Violet has found herself in the middle of it. Alongside a new ally, Violet discovers her Auguries are much more powerful than she ever imagined. But is she strong enough to rise up against the Jewel and everything she has ever known?

The White Rose is a raw, captivating sequel to The Jewel that fans won’t be able to put down until the final shocking moments.


You couldn't help but want to know what would happen next for Violet after the ending of THE JEWEL. It will come to no surprise after reading the blurb that she makes it out of the Duchess of the Lake's clutches, but it isn't easy and she learns a lot along the way.

I thought Violet was strong in the first book, but she really showed how strong she could be in THE WHITE ROSE. She also stepped up to be a leader when she needed to. There wasn't a lot of romance between her and Ash in THE WHITE ROSE. I don't know if it was because there was just so much going on or if maybe they will be growing apart, but I was a little disappointed in the lack of progression on that front.

It was great following Violet and her friends as they escaped the Jewel. There was a lot of suspense as the characters escaped danger at pretty much every turn, as well as some interesting characters that were met throughout the book. I won't say who, but one secondary character in particular ended up really surprising me (in a good way) and I ended up really enjoying their growth into someone I was invested in knowing more about.

Like THE JEWEL, THE WHITE ROSE ends on a cliffhanger. I wasn't really surprised with the Duchess of the Lakes move at the end, I kinda saw that move coming. You will be left with questions and you will wish that book 3, was out and ready to read.