UFI welcomes Author Kristy Centeno. Thanks for Joining us!!


What can you tell my readers about yourself that they might not know from looking on your bio or reading in another interview?
Well, I like to challenge myself. I think I'm harder on myself than anyone else. I set limits for what I can do and then work to break through these barriers because it helps me to stay focused, and never give up on myself.

What do you enjoy doing on your down time?
Watch a movie with the kids, read, go shopping, listen to music, or simply going out with the kids and doing something fun.

What is your Favorite part of writing?
Developing the plot. I love going along and putting the pieces of the giant puzzle together. The plot is always expanding as I move on and I enjoy leaving certain doors open for any changes I may want to do in the future.

Do you have any certain routines you must follow as you write?
I don't have much by way of routine. Sometimes I write some of the plot down, others I go with the flow. It really depends on how complicated the story is.

What are some of your Favorite books or Authors in the Urban Fantasy/ Paranormal Genres?
Unfortunately, I haven't done much reading lately. There are probably many great books out there I haven't read yet. Need to catch up on my reading.

How would you pitch Deliverance to someone who has not heard of it before?
A lifetime of oppression. One chance for freedom. Can he trust is enemy long enough to break free? Or will his feelings for her get in the way?

Do you have a favorite scene in Deliverance?
The scene where Kristina teaches the male lead to kiss. It was definitely one of my favorites and   one I had fun writing. Do you imagine trying to teach someone who has never been touched with kindness to kiss? This question pretty much describes that particular scene.

Which one character out of all your books was your favorite to write about? What about the hardest to write about?
My favorite is Grandma Rose. A granny who will do anything to protect her next of kin and avoid her granddaughter from falling prey to the same crazy man who destroyed her life years before. She is as tough as nails.

The most difficult character to write was definitely the male lead. Because he's spent most of his 25 years locked in a single room where he was forced to endure many traumatic events, I had to be really careful how I portrayed him to the readers. He had to come across as someone who could be dangerous, fierce, and somewhat of a savage, but at the same time, have an innocence to him.

Being exposed to humans gradually changes his perception of people, but deep down he's more than meets the eye.

What Other Projects can we look forward to reading from you?
For those paranormal lovers out there, I have werewolf series that I've been working on for the past few years. The Secrets of the Moon saga follows Marjorie Emery, a 19 year old, who falls head over heels with Kyran Rousseau, a young man with a series of dangerous secrets that will test their feelings for one another in ways neither is prepared for.

Kristy Centeno is the author of the Secrets of the Moon saga and Keeper Witches series.
She has always had a passion for books and after years of being an avid reader, she decided to transform her desire to write into a reality and thus, her first novel was born. When she’s not busy taking care of her five children or holding down the fort, she finds time to sit and do what she loves the most: writing. 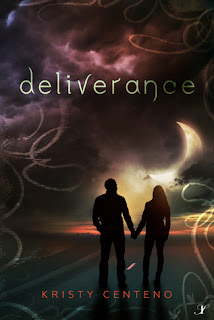 
He’s been locked away his entire life.
He dreams of freedom.
The only way he can accomplish his goals is by breaking free of the chains tying him to a dark past and gloomy existence. But there’s one catch. He’s not human.
And he’s never set foot outside his jail.

Devoted to saving his peers as well as his own life, he sets out to find the one person that can help him achieve his objectives. He knows where she will be and what she will look like, but what he doesn’t anticipate is the fact he finds himself caring for the girl whose life he’s put at risk, more and more each day.

He has no name.
He has only known hatred and violence before her.
However, she will teach him to have faith in humanity, even if she can’t trust him.
Together they will embark on a journey to bring down a corrupt system responsible for the loss of many innocent lives. But when he finds his feelings compromised, can he still move on knowing that doing so will put an end to the life she once knew? How far is he willing to go to be free?


The guards run from room to room in an attempt to place the breach in security. They use their radios to contact every floor and ask where the break has occurred. They receive a reply within moments, confirming nothing is amiss. They will not find a breach because there is none. It was set off as a  means of distraction. Samuel approaches and lands a hand on my right shoulder. He calls to me, but I ignore him. He pulls on my shoulder. I resist.
Now, Tiger!
I open my eyes, turn slightly to my right, and slam my elbow into his face. Samuel falls on his knees, clutching his bleeding nose. I bolt. Using what little strength my body has managed to retain, I run toward the glass window at the end of the hall. The pain is all but forgotten as adrenaline kicks in.
Bullets whizz past me, hitting the walls, light fixtures, doors, and the tiled floor. Most fly over my head. One grazes my left arm, but I use the momentum I’ve gained to propel my body onward.
Gerard yells to the men to stop me, but it’s too late. I pick up speed, pushing my injured body beyond its current capabilities. My target is in sight. I lock my keen eyesight on the window, and crash into it a few heartbeats later. The glass panel breaks apart instantly. I freefall for about a second before maneuvering my body so I’ll land on my feet. Shards of glass accompany me on my way down. 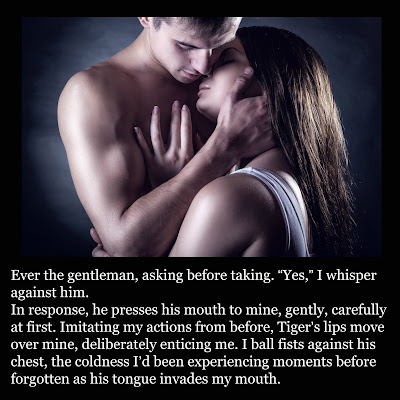 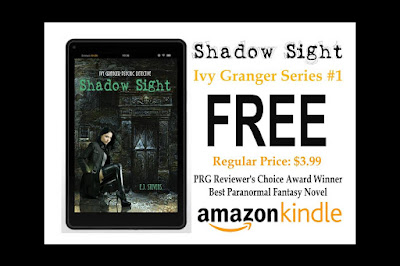 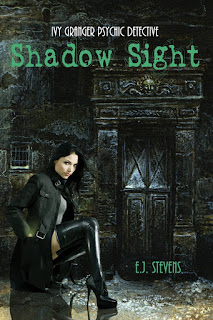 Welcome to Harborsmouth, where monsters walk the streets unseen by humans...except those with second sight, like Ivy Granger.

Some things are best left unseen...

Ivy Granger's second sight is finally giving her life purpose. Ivy and her best friend Jinx may not be raking in the dough, but their psychic detective agency pays the bills-most of the time. Their only worry is the boredom of a slow day and the occasional crazy client-until a demon walks through their door.

A demon attorney representing the water fae? Stranger things have happened. And things are about to get very, very strange as a bloodthirsty nightmare hunts the city of Harborsmouth.

There's blood in the water...

Kelpies have a reputation for eating humans. Unfortunately, kelpies are the clients. When an Unseelie faerie this evil stalks the waterways of your city, you have to make hard choices.

The lesser of two evils...