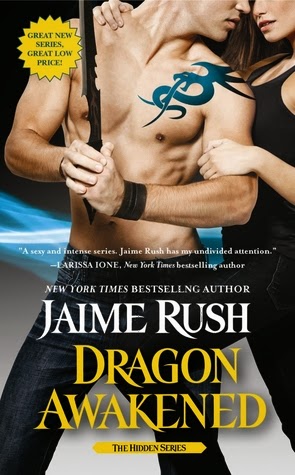 
They are the Hidden.
Not quite human. Far from normal.
And never, ever safe…


I did read one of the prequel books to the series and really enjoyed the world that Jaime introduced. DRAGON AWAKENED continues to build on that world. I really like all the different dragon types as well as the other paranormal creatures that are introduced. I hate to admit it buy Ruby really annoyed me many times in the beginning of the book. She is skeptical about things that Cyn tells her which is completely understandable but she does super reckless things that puts not only her but other innocents in danger. She does get more likable as the book goes on but I kept waiting for her to do something stupid again. There is a lot of sexual tension involved and the romance gets pretty hot at times after some conflict. I will most likely be picking up book 2 when it comes out. 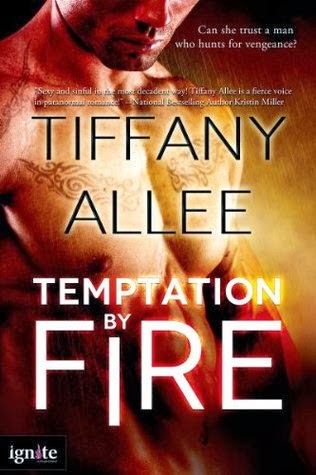 Ava Keller sees the future. When she suffers a horrifying vision of a man's violent death, she knows from experience nothing she does will stop it from becoming a reality. But when she meets a strong, broken man, he makes her want to believe in second chances.

Tortured by his past, Karson has worked tirelessly to wreak vengeance on the demons who murdered his family. But when Ava inadvertently disrupts his intricate plan for revenge, his focus shifts to an all-consuming need to keep her alive and in his arms.

Thrown together by fate, Ava and Karson explore their new feelings and discover hope for the future. But they must battle the demons threatening humanity to find a destiny worthy of their love.


I. Was. So......Bored. After reading TEMPTED BY FIRE (which I really wanted to enjoy) that thought was about all I came away with. There is an interesting cast of characters involved and situations that make your heart pound. I just couldn't seem to get invested in the book and that was when my mind kept wandering.

The good news is that it seems like I am in the minority so if you have been eying this book take a look at all the great reviews on the web. 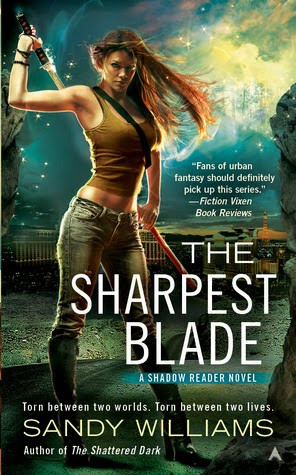 McKenzie Lewis’s ability to read the shadows has put her—and …those she loves—in harm’s way again and again. The violence must end, but will the cost of peace be more devastating than anyone ever imagined?

After ten years of turmoil, the life McKenzie has always longed for may finally be within her grasp. No one is swinging a sword at her head or asking her to track the fae, and she finally has a regular—albeit boring—job. But when a ruthless enemy strikes against her friends, McKenzie abandons her attempt at normalcy and rushes back to the Realm.

With the fae she loves and the fae she’s tied to pulling her in different directions, McKenzie must uncover the truth behind the war and accept the painful sacrifices that must be made to end it. Armed with dangerous secrets and with powerful allies at her side, her actions will either rip the Realm apart—or save it.


How did I NOT know that THE SHARPEST BLADE was the last book of the series until AFTER I read it and was excited to find out what was next? What a bummer that was for me.

So looking back some of my thoughts changed for the better. Overall I really enjoyed the last installment, the love triangle is put to rest once and for all, the bad guys get what they deserve, we get to meet some neat new characters, and the action is just as fierce as the previous installments were. If you have not given this series a try now is the perfect time so you don't have to wait for a long period of time to find out the answers to all your burning questions.