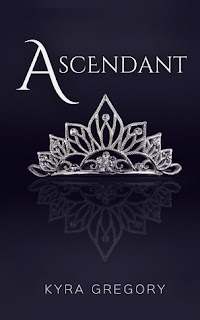 
Growing up in the longest period of peace in Lionessa, Princess Sybelle never imagined that she’d one day have to fight to keep her kingdom. When her father dies, everything in Sybelle’s life changes. The once-peaceful kingdom is marked by war, her inexperience is mocked, and her sickly brother is used as a pawn in a political game that threatens to take what is rightfully hers.

When King Nero calls for her to marry his son, Sybelle knows what she must do to maintain control, but doing so will unleash a wickedness within her that could potentially prolong the war or possibly cause her to lose her kingdom.

Can the newly-appointed Queen succeed with so many obstacles in front of her?


Sybelle's mourning is cut short when her brother is kidnapped by King Nero of a neighboring kingdom to force her into a marriage with his son. Sybelle is forced to hurry up and figure out how to be the Queen she now is for both her sake and that of her kingdom before she is forced to give into King Nero's demands.

There was a lot of darkness in ASCENDANT. Dark emotions, dark decisions, dark situations and I think the author pulled the mood off beautifully. I didn't always 'get' Sybelle's decisions, but she did pull them all off. I liked a good bit of the secondary characters and I thoroughly disliked the characters I was meant to.

I found ASCENDANT to be one of those meh sorta books. I had no problem reading to the end, but for the most part I finished it and just felt 'meh' about it. Could I read more? Sure. Will I go search out and pre-order book two? No. ASCENDANT was an easy read, but nothing about it blew my mind.

I gave it 3/5 stars
* This book was provided free of charge from the publisher in exchange for an honest review.