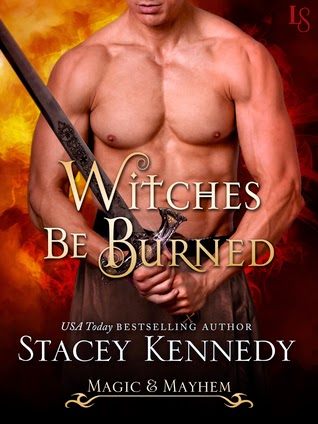 
Nexi Jones has lost her family, she’s been stripped of her guardian duties, and she’s still learning the ins and outs of white magic. At least she has Kyden, the smoldering hot elite guardian who’s been there for her every step of the way. But just as Nexi completes her training, tragedy strikes the Otherworld when a fellow guardian is murdered by a group of rogue vampires. Ready or not, she and Kyden trek into the Earthworld to hunt down a killer—and Nexi alone will be put to the ultimate test.

Although Kyden knows that Nexi must fight her own battles, his guardian instincts are raging as he struggles to keep her close. The ruthlessness of these vampires is like nothing he’s ever seen. And at their helm is the Black Witch Astoria, a demon with one burning desire: to shed Nexi’s blood in the name of vengeance. What troubles Kyden even more, though, is the warlock who covets Nexi’s heart. Let the devil do his worst . . . all Kyden can do is love and protect Nexi until his last breath.


I liked both Nexi and Kyden from the beginning of WEREWOLVES BE DAMNED and their relationship being so strong at the end of the book made me excited to see where their relationship would go next. After finishing WITCHES BE BURNED I'm just not sure what I feel. I enjoyed the story, but I'm not to crazy about the introduction of another possible love interest for Nexi. I see a lot of struggle in her future and I am hoping that she is able to pull herself through it.

Having said that, I am glad that Kennedy was able to include the same amount of action and suspense we got in book 1 and that some of our favorite secondary characters had just as big of roles to play in WITCHES BE BURNED. I hope the wait for book 3 isn't as big as the wait for book 2. 
Will his kiss be enough to revive her frozen heart?

Once Upon A Time meets La Femme Nikita in GATHERING FROST, a dystopian romance from bestselling author Kaitlyn Davis that reimagines the classic fairy tale of Sleeping Beauty.

Jade was only a little girl when the earthquake struck. Before her eyes, half of New York City disappeared, replaced by a village that seemed torn out of a storybook. Horses and carriages. Cobblestone streets. A towering castle. And, above all, a queen with the magical ability to strip emotions away.

Ten years later and Jade has forgotten what it is to feel, to care...even to love. Working as a member of the queen's guard, she spends most of her time on the city wall staring at the crumbling skyscrapers of old New York. But everything changes when the queen's runaway son, Prince Asher, returns. Jade is tasked with an unusual mission--to let the Prince capture her, to make him trust her, and then to betray his secrets to the crown. In return, she'll earn her freedom. But life outside the queen's realm is more than Jade bargained for. Under Asher's relentless taunts, her blood begins to boil. Under his piercing gaze, her heart begins to flutter. And the more her icy soul begins to thaw, the more Jade comes to question everything she's ever known--and, more importantly, whose side she's really on.


GATHERING FROST was an interesting spin on Sleeping Beauty. I really liked the uniqueness of the story, I enjoyed Jade's character and I thought that the struggles she faced were well described and executed. I wasn't sold on the romance between Jade and Asher and since that was such a big part of the book it kinda threw me off. I don't know if I just felt that the timing was off or that I just didn't totally feel their connection, it's probably a bit of both.

Beauty and the Beast is up next so I'm thinking I will give it a shot and see if the author can pull it off.  Here's hoping! 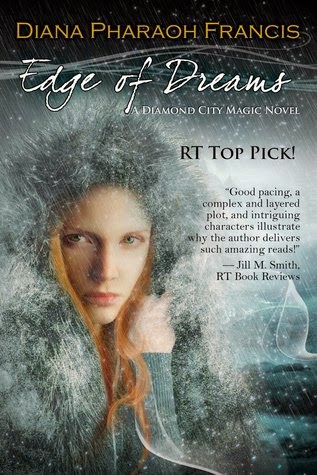 
The road to hell is paved with good intentions.
And a pound of flesh.

Magical tracking expert Riley Hollis is on a mission to save five teenagers lost inside a mountain. But nothing is what it seems, and soon Riley finds herself bruised, bloodied, and embroiled in a battle to bring down a sadistic criminal dealing in human souls and the darkest of magics.

Her only hope may be to swallow her pride and ask for help from her not-quite-ex-boyfriend and his notorious brother—Tyet criminal boss, Gregg Touray. Even that may not be enough to protect her. Something has gone very wrong in the trace dimension and in Riley’s head.

If she doesn’t figure out how to handle the past, the present, the trace, and the bad guys, the road to hell is going to look like a great alternative.

*Warning: Includes Spoilers for Book One, TRACE OF MAGIC*

One of the things I really disliked in TRACE OF MAGIC was that it ended with Riley and Clay apart. I didn't like it, it didn't feel right, so I am really glad that they were back together again not long after EDGE OF DREAMS started.

I loved all the answers we got about not only Riley, but her past. She learned a lot about herself, was able to really open up to Clay and her other allies and heard some truths that weren't easy to hear. The ending? WOW, cliffhanger, but it sure makes me want to get my hands on book three!