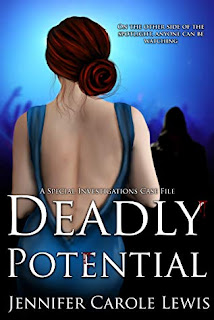 How can anyone protect themselves from a serial killer who can make someone forget they ever saw him? In a world where superpowers are very real, that’s where the Investigators of the Bureau of Special Investigations come in.

When songwriter and manager Katie Ballard first began getting letters, she thought they were just another example of the fan mail that has been pouring in ever since her sister Aggi first became the Princess of Pop. With a global concert tour to run and a sharp eye out for those who seek to take advantage of Aggi’s wealth and celebrity, Katie dismisses her secretive admirer until Investigators from Special Investigations arrive on her doorstep.

Investigator Ben Morgan’s life is all about his work, protecting both those who have powers and ordinary citizens from one another. But from the moment he takes this case, he finds himself distracted by the cool, competent manager being targeted by one of the most infamous serial killers of the last decade. He’ll need all of his renowned expertise and ability to think outside the box if he hopes to keep her alive.

For Katie, Ben might be one of the most attractive men she’s ever met but having her life turned upside down is hardly the way she wanted to begin a romance. She might be used to handling everything on her own, but she will have to trust Ben as a protector and with her heart.

Together they’ll fight to keep Katie alive and out of the hands of a man who thinks the best way to get a happily ever after is to make sure there’s no tomorrow. 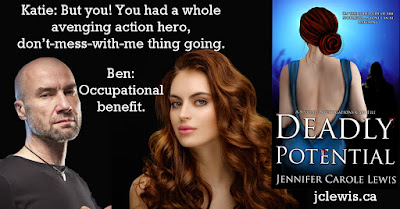 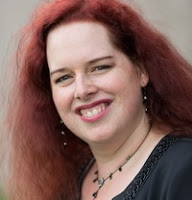 Jennifer Carole Lewis is a full-time mom, a full-time administrator and a full-time writer, which means she is very much interested in speaking to anyone who comes up with any form of functional time-travel devices or practical cloning methods. Meanwhile, she spends her most of her time alternating between organizing and typing.

She is a devoted comic book geek and Marvel movie enthusiast. She spends far too much of her precious free time watching TV, especially police procedural dramas. Her enthusiasm outstrips her talent in karaoke, cross-stitch and jigsaw puzzles. She is a voracious reader of a wide variety of fiction and non-fiction and always enjoys seeking out new suggestions.