Check out the next two covers for the repackaging of Kresley Cole’s phenomenally popular Immortals After Dark series. 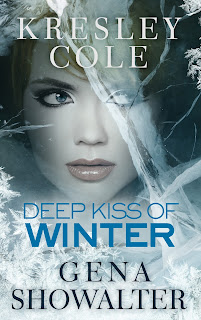 #1 NEW YORK TIMES BESTSELLING AUTHOR KRESLEY COLE delivers a breathtaking tale of a brutal vampire soldier about to know love for the first time... and a Valkyrie aching for his touch.

Murdoch Wroth will stop at nothing to claim Daniela the Ice Maiden–the delicate Valkyrie who makes his heart beat for the first time in three hundred years. Yet the exquisite Danii is part ice fey, and her freezing skin can’t be touched by anyone but her own kind without inflicting pain beyond measure.


A Valkyrie aching to be touched…

Soon desperate for closeness, in an agony of frustration, Murdoch and Danii will do anything to have each other. Together can they find the key that will finally allow them to slake the overwhelming desire burning between them? 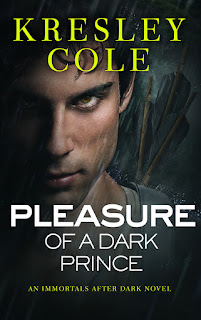 Pleasure of a Dark Prince
Immortals After Dark #9

#1 New York Times bestselling author Kresley Cole enraptures again with this seductive tale of a fierce werewolf prince who will stop at nothing to protect the lovely archer he covets from afar.

Lucia the Huntress: as mysterious as she is exquisite, she harbors secrets that threaten to destroy her -- and those she loves.

Garreth MacRieve, Prince of the Lykae: the brutal Highland warrior who burns to finally claim this maddeningly sensual creature as his own.

THAT LEAD TO A PLEASURE SO WICKED....

From the shadows, Garreth has long watched over Lucia. Now, the only way to keep the proud huntress safe from harm is to convince her to accept him as her guardian. To do this, Garreth will ruthlessly exploit Lucia's greatest weakness -- her wanton desire for him.