UFI welcomes Author Alex Hayes. Thanks for Joining us!!

What kind of things would we find if you were to have a garage sale of items from your teenage years?

I was an avid Star Wars fan as a kid. I lived within ten miles of Lucas Valley, home of George Lucas’s famed Skywalker Ranch, and as many miles from Industrial Light and Magic, in San Rafael, California. My best friend and I had dreams of getting into that industry and even tried to apply for jobs at ILM. We were around fourteen at the time.

Much of my spending money went to pay for Star Wars stuff. I had a killer Darth Vader coffee mug and loads of fan books. Every book that came out, I wanted. I had posters and comics and magazines and photos bought at science fiction conventions.

I was also a Doctor Who fan since the age of about seven. My best friend and I bought books and autographed photographs. We even built a full-size TARDIS for Halloween one year. Well, it was one side of a TARDIS because we ran out of time and materials. I made a miniature version out of balsa wood, with a flashing light on top, and a model of K-9.

Additionally, I was a member of Search and Rescue, through the Boy Scouts, so I had law enforcement style shirts and pants, and a bright yellow waterproof coat for wearing on evidence searches or while sand-bagging during a flood. Those items would have gone into that garage sale for sure.

I collected keychains from the age of ten. Every time I visited a new place, I’d buy a key chain. I had many from England and the US.

I had an box of letters. My best friend in high school and I would write each other notes almost every day, and I saved all of hers. She was a great cartoonist and many of her messages were mini stories with pictures.

There’d be a pile of green three-ring binders that I wrote in. Pages and pages drafted on college ruled paper. I had a box full of stories and ideas. 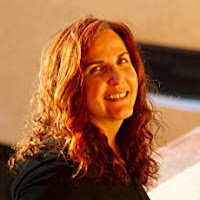 Alex Hayes wrote her first fiction story when she was twelve. Inspired by her mother’s storytelling, she began work on her first novel, Ice Cracks, at eighteen.

She received a Bachelor of Arts degree in English, Creative Writing from San Francisco State University. In her twenties, she moved from Marin County, California to Boston, Massachusetts, where she built a career as an IT professional in database engineering. In 2004, she self-published Ice Cracks, which became a semi-finalist in the 2005 IPPY Awards.

Alex splits her time between Grand Junction, Colorado and Guanajuato, Mexico. When she isn’t writing, she’s helping her partner, Lee, renovate a 450 year old hacienda. She is mother to one beautiful daughter and many wonderful cats. 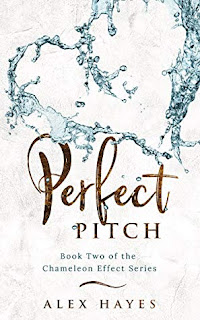 All Dean wants is to escape…


But he can’t leave his younger brother, Ty, in the care of their alcoholic mother. And when their abusive father shows up, Dean has to get Ty out. Which means joining Shri — his best and only friend — in taking a job out of state and breaking the law by stealing his brother away.

Cadi’s life is almost back together after Dean blew it into a million pieces. She’s come to terms with her life as a shape-shifter — well, almost. She’s still trying to wrap her head around the fact that a vicious enemy is out to destroy the remnants of her people.

As if Cadi doesn’t have enough to deal with, Dean’s about to land on her front doorstep, forcing her to decide whether to let him into her secret world or  slam the door in his face.

The Chameleon Effect series, starring shape-shifter teens with extraordinary superpowers, is sure to appeal to Young Adult and New Adult readers who enjoy romance with a paranormal twist.