Interview + Giveaway: From The Ash by Dave Heron

UFI welcomes Author Dave Heron. Thanks for Joining us!!

I’m a pretty boring guy. I play a lot of trucks and Transformers at the moment; I guess I should mention it is with my five- and two-year-old boys. My week consists of mostly that and watching a lot of cartoons, which I’m perfectly fine with.

When I’m not being dad, my wife and I love sitting down and watching a good movie, a horror flick especially. If I’m not doing that, you can find me in front of a TV escaping reality in some sort of video game. Also, I love anything Pittsburgh sports. Born and raised here, so I got to show love for my Penguins, Steelers, and Pirates!

I love taking an idea and giving it life on a page. There is something euphoric when the words come tumbling out. I get a chill up my spine as I write, knowing that, to me at least, whatever it is I’m writing gave me that feeling. As long as I’m enjoying it, that’s what matters to me. The fact that someone else might enjoy it is an added bonus.

I have to have music playing. Depending on the scene, that dictates what kind of song I listen to. If I’m working on a heavy action scene, here comes the heavy metal. An emotional scene? Oh boy, here comes some sad, tear jerking music (i.e. “Mad World” by Gary Jules).

Brandon Sanderson’s The Stormlight Archives is just...I have no words. If you haven’t read that series (two books are out right now), do yourself a favor and go get them now! R.A. Salvatores’ The Hunter’s Bladestrilogy is another amazing series. His action scenes are something for your eyes to truly behold. Anything Mark Tufo writes I try to devour. His writing style, especially his pacing, is perfection at its finest. He’s best known for his Zombie Fallout series, which is incredible, but for me, his book Callis Rose was a masterpiece. Oh, and how could I forget Timothy!?

How would you pitch From The Ash to someone who has not heard of it before?

If you’re a fan of Mad Max and The Walking Dead like I am, its as if those two were smashed into one; mainly because of the harshness of the world the characters find themselves in. Scary to imagine this brutal world could actually be a future possibility...

Can you tell us a little bit about the world that From The Ash is set in?

A post-apocalyptic/dystopian world in modern day. I don’t want to give any spoilers away, but most of the landscape is nothing but ash and dust; a barren wasteland that Phoenix must find strength to keep one foot moving in front of the other.

Do you have a favorite scene in From The Ash ?

Towards the end, there is a critical scene where the fate of one character comes into play. I found myself when writing this that I had to step away from it for a few days and ask myself “Am I really doing this?” It hit me that if I felt this strongly about this certain scene, that that is what I was striving to give the reader: an emotional attachment where the outcome for these characters means something. Talking to some people who have read From the Ash, they all have brought up this particular scene. Mission accomplished.

Kip, a wisecracking knucklehead, was particularly easy to write. I used myself, mixed in a few of my childhood friends, and blended him into this character who just doesn’t know how to keep his mouth shut. He was a blast to write.

The hardest had to be Phoenix. Not only because I’m a male writing in a first-person POV for a female, but also the factor of trying to place myself in the mindset of such a troubled person. Not only is she alone at the start of all this, but she is also battling her depression, this entity-like being that is always there, threatening to break through her defenses she has built up over the years. Again, I don’t want to dive to far into this (spoilers!). Hehe. 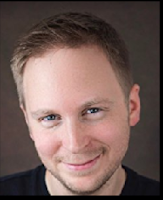 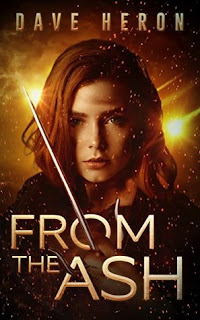 From the Ash
The Phoenix #1
Amazon  BN  iTunes


Five days. It took me five days to crawl out from the bowels of the rubble. I emerged from my tomb into a world nothing more than a wasteland; propelled into chaos where everyone has all but lost their humanity.

My name is Phoenix, and the world as I knew it ended that day; the day the human race was nearly eradicated, and my journey home began.