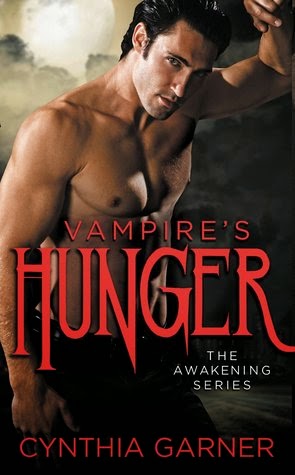 In a post-apocalyptic wasteland, civilization no longer exists, and only the strongest survive. The few remaining humans must band together with supernatural beings to battle unspeakable evil—or all hope will be lost.

Kimber Treat is an ordinary woman with an extraordinary gift: she can raise the dead. As a necromancer who works with the police, she communicates with murder victims to bring their killers to justice. But after a normal session goes horribly wrong, Kimber realizes she's summoned something dark and sinister. She's unwittingly unleashed the apocalypse, and everyone blames her . . . except Duncan MacDonnough, the devastatingly handsome vampire she can't stop fantasizing about.

As society shuts down and flesh-eating hordes close in, Duncan vows to protect Kimber. He can keep her safe from others—but not from the insatiable carnal hunger he feels for her. Now racing to reverse the chaos she's unleashed, Kimber can't afford any distractions. But even as she succumbs to Duncan's seduction, she fears that he has a hidden agenda. And with the line between life and death starting to blur, his secrets might kill her-or worse . . .

Cynthia Garner brings us a her take on the Zombie Apocalypse with the first book in her Awakened Series, VAMPIRE'S HUNGER.

Although I ended up really liking Kimber, it took me a bit of time to warm up to her character. She is very headstrong and although that is a good trait to have, I didn't agree with some of her thoughts and decisions. Once she got over some of her issues it was much easier to warm up to her. Kimber blames herself for the situation the world is in. There is way more to Kimber than meets the eye and learning about her powers not only scares her but opens her up to what seem to be danger. Kimber also refuses to get romantically involved with Duncan because of what he is even though she is very attracted and drawn to him. Duncan is a vampire and wants Kimber to help him for selfish reasons but he doesn't expect to fall in love with her along the way. No matter how much she pushes him away he still does everything to protect her and try to win her over.  When she finally gives in, things are pretty fast and furious. His storyline brings him to a place of power by the end of the book. Kimber is by his side but anything could happen.

I enjoyed the secondary cast of characters. Kimber's roommates have their own roles to play but bring along a nice amount of interaction and entertainment. Their struggles to stay alive during hard times has brought them all close together and they are very protective of each other. By the end of the book they are all in a better place.

You are left with a lot of questions at the end of VAMPIRE'S HUNGER. You have a glimpse of what is to come but anything could go wrong and there are a few hints that things will not be easy. Of course this is the Zombie Apocalypse so do we really expect it to be? I enjoyed VAMPIRE'S HUNGER enough to read on to book 2 when it is available.