UFI welcomes Christie Palmer Author of Shadow Play. Thanks for Joining us!!

I love being the author of Urban Fantasy/Paranormal I am blessed with the creativity and ability to create worlds and characters that have never been seen before or ever been imagined. It’s amazing, and wonderful and fits into my world of make-believe. Yes, I just used a Mr. Rogers analogy. Remember anything is possible in the land of make-believe. This is where I began creating my worlds, within the fantasies of a child’s mind.
For my debut novel Shadow Play, the setting might be in Montana. But it is worlds apart from the small town that the mortal eye would see, it is what lies beyond the realm of the mortal eye that makes any fantasy/paranormal believable. Those things that go bump in the night? The unexplained is what a writer thrives on. Imagine yourself on a dark corner the only light the street lamp shining over you, creating a halo of light and safety around you. That darkness the light is pushing back? The unknown? That is where a writer lives, where the unbelievable and imaginative mind lives. That is where I create my worlds.
Creating a new world and realm can be as easy or as difficult as you want it to be. You can create a world that has similarities to our world. Or create something from scratch with your own language your own creatures or world unto its self.
I love to create worlds that are within our own realm of existence. For example, taking mythology and bending it to my own will. By bending our own reality you have the basis of a world and you can fill in the blanks.
I have taken Druids, and made them a current day people. I have added Elements to the Druid history. But in my world I have six elements, Earth, Air, Water, Fire, Darkness, and Light.
In my world Atlantis was a true place, housing all the great Gods and mysterious of the world. There are hundreds if not thousands of blanks you can fill in when you just put those two ideas in front of me.
Basically all it takes is a basis in reality and an imagination that will fill in the blanks. So in a nutshell, for me, building new worlds is like a crazy Mad Libs game. And who didn’t love those.
So turn out the lights and stare into the darkness and build a world and create a history and mythology. Then write…
__________________________________

Christie was born and raised in a suburb of Salt Lake City, Ut. She lives less than a mile from the home she grew up in. World traveler she is not. But what she lacked in travel she more than made up for in her imagination. Within her vivid imagination she has traveled the world over as well as different worlds and different times.

She works a full time day job to pay the bills but loses herself in books and her writing whenever possible.

She is a loving mother of two wonderful children that she admits she is obsessed with. She has been married for 18 years to a very tolerant man that is grounded in reality in order for her to fly to the heights of her own imagination.

She started writing when she was a teenager after reading a book that she didn't like the ending too. Took a hiatus to raise her wonderful children but has dedicated herself to becoming a published writer for the last several years.
__________________________________ 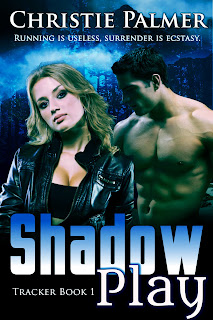 
A small town in the mountains of Marshall, Montana is being plagued by an unknown entity. It’s mutilating and killing the women of the town. At his wits end the Sheriff of Marshall has nowhere to turn but to a friend. A friend, with the abilities to track and kill any prey.
Ryder doesn’t normally do mortal issues. However, he can’t turn his back on a friend. Besides he is the best at what he does. After all he is a Tracker, an ancient race with unparalleled abilities to track down any prey. With one of the three essential elements: Taste, Touch or Smell. Heartless and cold, Ryder knows what needs to be done and performs his duty without feeling.
Kyra, an Air Element and the only female Elemental Enforcer, is sent on a fact finding mission to Marshall, by the Druid Council. She needs to find out exactly what is happening in Montana before the Tribunal goes in and kills everyone.
The last thing she expects to find is a Tracker, and is even more surprised to find out that he is on her side. But can they get past their initial feelings upon meeting and the sexual tension? Or will the evil that is living in the mountain kill them both.
Ryder and Kyra must learn to work together to destroy the shadow and save Kyra from a fate worse than death. When pure evil is involved is love enough? 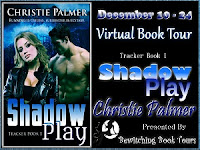