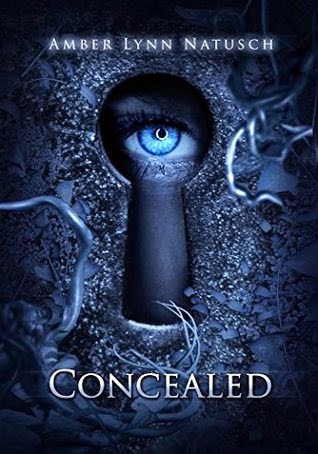 
Our perceptions create our reality, even when they're wrong. Nobody understands this better than Gavin. Nobody.

To most, he is a shadowy agent of chaos. His motives are questionable, his methods bizarre. But his journey is one of both protection and redemption, and his story is yet untold. Until now. The past and present you think you know are about to change.

And you’ll never see Ruby, Gavin, or their relationship the same way again.


Not only does CONCEALED let us learn more about Gavin, but it was a great recap of all the events that have taken place in the Caged Series from a different point of view.

It was nice to finally get an in-depth look at Gavin and learn about his motives and thoughts as the many events of the series passed. He was there in the shadows loving Ruby, keeping her safe and hating Sean before we even knew he existed. He answered a lot of the questions that have been in the back of my mind as well as put a few more in there to look forward to in the final book of the series, BETRAYED. I never disliked Gavin, after reading CONCEALED I am no longer indifferent to him and am excited to see what roles he will play moving forward as part of Ruby's team instead of on the sideline.

If you've been following Amber's books since CAGED you can't not read CONCEALED. I was left feeling that it was an important addition to the series and it got me hyped up for what will come next.