I pulled strongly from myths and legends when creating my paranormal world. When it came to vampires, I was frustrated by some of the decisions — because if that myth works, then this one over here doesn’t. Also, if I’d followed the oldest myths, my vampires wouldn’t be sexy. I wanted ultra-sexy vampires, but I also like to follow original legends.

The only way all the myths can be true is if there are different species. And why not? If one vampire came into existence it only makes sense there might be others kinds. Right? My world has three species of vampire:

The ONLY HUMAN series is building up to a big battle between good and evil. Evil has been in control at various times during human history, but good has been in control for nearly eight hundred years (though it was touch-and-go for a while during the second world war). However, the dark forces have found ways around the rules designed to keep their numbers in check, and another war is on the horizon.

Vampires and other long-lived species have to move every fifteen years, give or take. They establish identities and purchase properties under those names decades ahead of time, and many old friends and allies move around together. Some of the most powerful are currently living in Chattanooga, Tennessee. 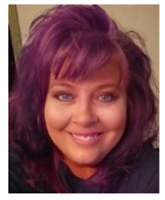 Candace Blevins has published more than thirty books. She lives with her husband of nineteen years and their two daughters. When not working or driving young teens all over the place, she can be found reading, writing, meditating, or swimming. The family’s beloved, goofy, retired racing greyhound is usually at her side as she writes, quietly keeping her company. 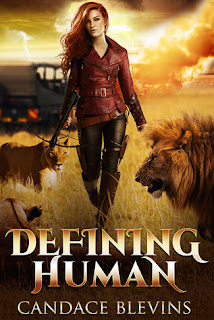 
Kirsten negotiated for what she hopes will be two glorious hours with Xaephan, but the Lord of Lust has his own ideas of how the afternoon will transpire, and the consequences of their evening are long lasting.

Her deal with Ryan means she must go to Africa to help guard gazelles for a week. She trains for the event, but her preparation doesn’t cover the Strigorii vampires who have their eye on her. Since she broke up with Abbott, gaining control of her will be like hanging a sign saying they’re more powerful than The Abbott without having to actually fight him.

Throw in complications with Nathan and a few battles with her old enemy Aquila, and Kirsten doesn’t know whether she’s coming or going. She wants peace and quiet with her daughter, but is it possible? Is she too embroiled in supernatural politics to live a normal life? Kirsten feels as if she’s become a game piece in a sick game of chess, and she wants off the board. 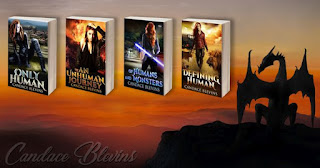 
“Chère, it’s good to see you.” Xaephan walked to a nightstand, opened a drawer, and chuckled. “Your lion follows instructions well.” He stood and inhaled. “He’s close enough to keep an eye on you. Nice.”
“He isn’t my lion. He’s my friend, and he happens to be a lion.”
“He’s more yours than anyone else’s, Chère. Eventually, you’ll have to confront his Pride, but he’s keeping them in check, for now.”
I forgot what I’d intended to say when he lifted a paddle and flogger from the drawer, followed by a large glass butt plug and a worn leather strap.
The first three items were obviously new, but the strap wasn’t, and I eyed it a few seconds while I tried to figure out how to word my question. “The strap has a story. I want to hear it before you use it on me.”
“It belongs to your lion and is on loan to me for the evening.”
I shook my head. “No. I don’t know what you hope to accomplish by using something of Nathan’s to whip me, but I don’t agree to it.”
“Nothing in our agreement says I can’t, Chère. You said I’d have to act in your best interest, and you bound me from tricking you into anything. I said to find a place I could spank you and make you scream without us being heard, and I warned you moving the marks will hurt nearly as bad as receiving them in the first place. Nothing in that agreement says I can’t use something belonging to the Lion King to spank you with.”
I crossed my arms. “I don’t like it.”
He gave me a rakish grin. “Works for me. Our two hours of Earth-time doesn’t begin until we get started, so get rid of the robe and bend over the bed.”
Part of me wanted to bitch about him being a jerk, part of me appreciated the emotional distance it created. I stood, tossed the robe onto a chair in the corner, and bent over the tall bed. I’m short, so I don’t think it worked out quite the way he intended.
“On second thought, tiny human, bend over the chest at the foot of the bed.”