UFI welcomes S.J. Drum Author of Surprisingly Supernatural. Thanks for Joining us!!

In celebration of my newest release, Surprisingly Supernatural, I’d like to introduce you to the story’s villain, Xin. 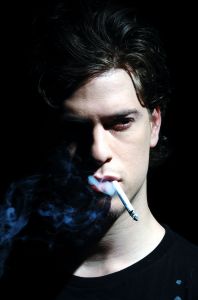 Xin is one evil bastard. He’s the leader of the dark Zentry Elf Clan and demands terrible acts carried out by his elves, all in a bid to become more powerful. Xin has a whip fetish…and not the sexy kind. He enjoys dressing like “a Hot Topic mascot”, as Elaina (the heroine of the story) would say.

Elaina sees Xin as a clichéd evil turd and wants nothing to do with him. Unfortunately, he’s the father of one of the story’s two heroes, Zane. Despite Xin’s poor choice in clothing and turd-like behavior, he does wield powerful magic and is a very legitimate threat to Elaina and the men she loves. 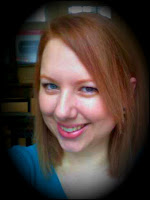 As SJ Drum, I am a writer of Urban Fantasy/Paranormal Romance Novels. Under the pen name Clara LaVeaux, I write Contemporary Women's Fiction with strong romantic elements.

I have a terribly expensive and utterly useless BA in Studio Arts with a minor in Psychology. 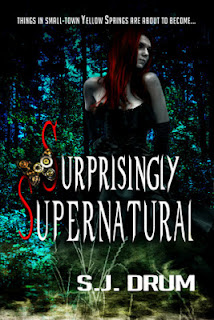 
When Elaina moves to Yellow Springs after the death of her parents, she discovers her mother’s life was steeped in secrets and there’s something very strange about the town and its residents. There’s a pixy clan taking up residence in her inherited home, a gorgeous but strange elf bent on making her his, and a handsome, troubled man who seems to be able to read her mind. Thrust into a supernatural war, Elaina’s forced to choose sides between the two men who’ve begun to mean everything to her.