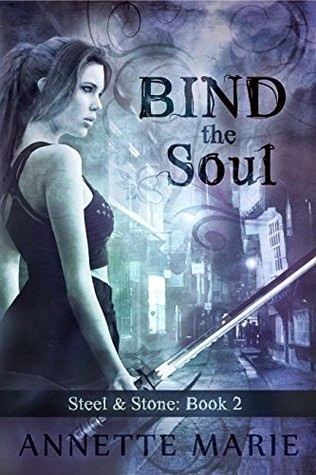 
The most important rule for an Apprentice Consul is simple: Don't get involved with daemons. Well, Piper is planning to break that rule — big time.

After a near-deadly scandal with the Sahar Stone, she has the chance to return to the only life she's ever wanted. All she has to do to keep her Apprenticeship is forget about Ash and Lyre. Ash might be enigmatic and notoriously lethal, and Lyre might be as sinfully irresistible as he is irritating, but they’re not bad for a couple of daemons.

Really, she shouldn't risk her future for him. He lied. He betrayed her. But he also saved her life, damn it. Wherever he is, he's in trouble, and if she doesn't save his sorry butt, who will? But with every dangerous secret she unravels, each one darker than the last, she slips deeper into Ash's world — a world with no escape for either of them.


Piper proved herself to be a survivor in CHASE THE DARK and book two just confirms that fact. She has a need to prove herself to be worthy enough to be a Consul, but I think the Consul needs to prove themselves worthy of having her. There is a LOT of tension between Piper and her father in BIND THE SOUL. I can't say that I totally understand his treatment towards her, but I know that it partially comes from fear of losing her. I think there has to be more to it though.

BIND THE SOUL has a very dark edge to it. There is a lot of pain and fear involved as well as a huge battle that leaves a lot of dead. The story flowed really nicely and the world building was great. I liked the little romance we got and the introduction of some new characters kept things moving along nicely. I want to learn more about Raum for sure and I hope we get some information about him in book 3.

I am sadly really disappointed in the ending of BIND THE SOUL. After everything she has been through, Piper deserves to be happy. I really hope book 3 brings Piper back to the one she wants to be close to. I have so much more to say about this, but I don't want to give away any spoilers. YIELD THE NIGHT is set to release in March so I don't have long to find out what happens next.