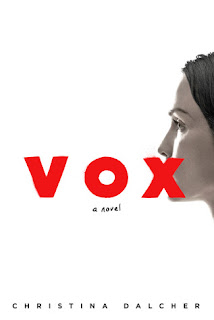 
Set in an America where half the population has been silenced, VOX is the harrowing, unforgettable story of what one woman will do to protect herself and her daughter.

On the day the government decrees that women are no longer allowed more than 100 words daily, Dr. Jean McClellan is in denial--this can't happen here. Not in America. Not to her.

This is just the beginning.

Soon women can no longer hold jobs. Girls are no longer taught to read or write. Females no longer have a voice. Before, the average person spoke sixteen thousand words a day, but now women only have one hundred to make themselves heard.

But this is not the end.

For herself, her daughter, and every woman silenced, Jean will reclaim her voice. 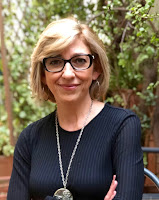 Christina Dalcher earned her doctorate in theoretical linguistics from Georgetown University. She specializes in the phonetics of sound change in Italian and British dialects and has taught at universities in the United States, England, and the United Arab Emirates.

Her short stories and flash fiction appear in over one hundred journals worldwide. Recognitions include the Bath Flash Award’s Short List; nominations for The Pushcart Prize, Best of the Net, and Best Small Fictions; and multiple other awards. She teaches flash fiction as a member of the faculty at The Muse Writers Center in Norfolk, Virginia. Laura Bradford of Bradford Literary Agency represents Dalcher’s novels.

After spending several years abroad, most recently in Sri Lanka, Dalcher and her husband now split their time between the American South and Naples, Italy.

Her debut novel, VOX, will be published in August 2018 by Berkley (an imprint of Penguin Random House).