UFI welcomes Jaime McDougall Author of Echo Falls. Thanks for Joining us!!

The night Phoebe Martin came crashing into my head, sending me searching out the nearest pen and piece of paper, I couldn’t help but shake my head in confusion. Phoebe’s story had werewolves in it and I knew very little about werewolves. Wolf shifters, maybe, but not quite the give-you-a-bite werewolves.

Why had my brain given me a subject I didn’t know much about?

Yet it was a story I had to right. That kind of clarity didn’t come to this writer for no reason.

One of the beauties and fun of writing any story is the research involved. The investigation combined with imagination to give your story the flesh it needs to draw the reader in and never let them go. But werewolves? To say I was a little intimidated by the subject matter is putting a very soft light on it.

Even in the first draft, I didn’t have it quite right. I’d done research, decided which aspects of werewolf lore I wanted to keep and which I didn’t want to deal with. I wanted the silver allergy, but I didn’t want shifting to hurt. I wanted them to have to change every full moon, but I wanted their inner wolves to be a presence during human times, too.

But my investigating still hadn’t gone far enough, and it was only when a good friend and beta reader told me this that I finally got it:

“What? No hunt scene? You can’t have them transform for a hunt and then skip over the hunt. That’s like sex with no orgasm!”

(You can see why I love this beta reader.)

Then and there, I finally let go of my intimidation and plunged fully into my werewolf investigations. I watched documentary after documentary about actual wolves in the wild, I stopped at every website and blog I could find about werewolf lore, I researched wolf body language and read old myths about werewolves and how they got started.

It was only when I threw myself into the investigation part of writing my book that I began to truly feel like I had a wrong story. My print off of the first draft became lost in a sea of red as I tightened, changed and strengthened my story. And as I wrote chapter eighteen – what turned out to be one of the most fun chapters to write in the book.


Jaime McDougall is a citizen of the world, currently loving life in beautiful country Victoria in Australia. She loves eating sushi, kidnapping her husband and naming her pets in honour of science fiction authors.

A love of fiction has always coursed through her veins and she told stories as a child even before she knew how to write them. Settling into one genre was never her style and she has plans for novels in women’s fiction, urban fantasy and more – all with a touch of romance. 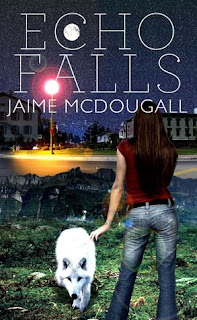 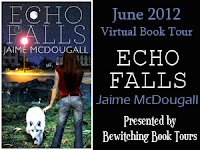