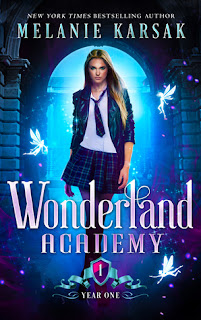 Getting into Wonderland Academy is easy, if you meet the admission criteria.

You must be a little mad.
You must follow the white rabbit.
You must find the key to enter Wonderland.

If you can nail all three, you're in. The only exception? Wonderland Academy never accepts students named Alice. By order of the Queen of Hearts, any Alice found sneaking into Wonderland will be behead.

Which begs a question. Why in the hell am I here?

My name may be Alice, but Wonderland Academy is everything my real life isn't. My boyfriend recently died. I just did a stint in a psych ward on suicide watch. And everyone thinks I'm "crazy" because I see people who aren't there. Ridiculous, right? That's why I'm willing to risk my neck to be here as "Lacey" Crane.

But who wouldn't want to learn how to ride a jabberwocky, train with a vorpal sword, cast spells using a teacup, or shapeshift into a fairy? As long as no one figures out my real name, I should be fine.

The only problem? Aiden, the Queen of Hearts son, is quickly becoming my best friend. And then there's Corbin. Despite the fact my heart is still broken, every time I see him something inside me flutters to life. How I'm going to pass my classes, and protect my secret like my life depends on it is beyond me. But I better find a way. Because in Wonderland, no Alice is safe.


Setting my bag in a chair by the window, I pulled on my coat. It was pouring. Drops rolled down the windowpane, distorting the view of the sidewalk below. As I pulled my jacket on, however, I noticed someone on the sidewalk below. He was looking up at the window. I couldn’t make him out clearly, but from what I could see, he was wearing some kind of period costume and a top hat. He had long, pale blond hair that almost looked white.
“You all think I’m a lunatic? There’s some guy standing outside in the rain in a Victorian get-up and top hat.”
“What?” Mom asked. “What are you talking about?”
“I don’t know. Just some rando guy standing in the rain,” I said then turned, zipped up my coat, and grabbed the bag.
Nurse Gilman stepped to the window and looked outside. “It’s really coming down,” she said, eyeing the sky. She then strained her neck to the left and right. “Your mystery man must have gone back inside.”
“He was right there,” I said.
A sick feeling rocked my stomach. No, no, no. He was there. Dammit, he really was there. I edged toward the window and looked outside. I was right. The man was standing right there, looking up at the window.
He waved at me.
“Where?” Nurse Gilman asked, looking up and down the sidewalk.
“There,” I said, motioning hesitantly.
“I must have missed him,” Nurse Gilman said with a shrug.
I stared at the man.
He waved again.
Dammit. Dammit. Dammit.
“Yeah,” I said. “Maybe they’re doing a show in the children’s wing or something,” I muttered then turned from the window.
I didn’t want Nurse Gilman to see my face.
Mom, however, caught my eye. Her eyebrows scrunched together as she gave me a hard look.
I dropped her gaze.
I absolutely, positively, did not want to have that conversation on the way home.
“I’m ready,” I told Mom.
“Good. Let’s get you the hell out of here.”
“Be well,” Nurse Gilman said. She motioned to the nurses’ station. The door to the waiting room unlocked with a click. Nurse Gilman motioned to us that we were free to go.
Mom and I headed down the dim hallway of the fifth-floor psych ward. The narrow hall felt like it was a million miles long. It wasn’t until we were safely inside the elevator that I finally exhaled.
“Your phone,” Mom said, handing it to me.
I had a few missing calls, messages from old friends, but there wasn’t anyone I wanted to talk to anyway. I stared at the screensaver, which had a picture of Nicholas and me. The photo had been taken just before homecoming, before everything went to shit. We’d gone for a hike that day. The autumn leaves in the background were bright orange and burnt red. We were both bundled up, our cheeks red, faces pressed together. We’d spent the entire hike planning a future that would never come to pass.
I turned off my phone and stuck it in my pocket.
Mom punched the elevator button for the ground floor.
I kept my eyes on the lights above the door, praying Mom wouldn’t ask anything.
It wasn’t until we’d passed the second floor that Mom whispered, “Lacey, are you seeing—”
“I’m fine. Really. I’m fine.”
She didn’t answer, which told me she knew well-enough I was not fine.
They’d been popping up in my periphery more frequently for the last two weeks. People who were there then not there. Flickers of light. Shadows that whispered. Otherworldy shapes. Their presence wasn’t anything new to me. While I was more prone to see them during times of stress, they’d been there all my life. I knew that if I really looked, I’d see them. It was better to ignore them.
A mermaid had taught me that.
Mom and I headed to the front of the hospital. I couldn’t wait to get away from the terrible hospital smell. A weird mix of the scents of bleach, chrysanthemums, green beans, and Band-Aids perfumed the place. It was enough to make a person gag.
Raining or not, I was relieved when the hospital doors opened. I inhaled the sweet scent of the rain-soaked air. Mom’s rusted-out Mustang sat waiting just outside.
“Okay. Let‘s run for it,” Mom called, and we sprinted to the car.
Holding my plastic bag above my head, I ran, flinging open the door of the vehicle. But just before I climbed inside, I cast a glance down the sidewalk.
The man was still standing there. He pulled something from his pocket and tapped on it. He waved to me, a broad smile on his face.
“Lacey, you’re letting the rain in,” Mom yelled.
I slipped into the car, slamming the door behind me.
Mom revved the engine then drove off, her nineties rock springing to life. I leaned forward and clicked off the music. The last thing I needed was the dulcet tones of Nirvana shouting at me post suicide watch.
Sighing, I leaned back into the seat and closed my eyes.
Why was I seeing them again?
The white-haired man had been pointing at a pocket watch. A pocket watch.
What in the hell did that mean?
I hadn’t meant to kill myself.
Not this time.
It figured. On the morning I’d been discharged from the psych ward, I was beginning to lose my mind. 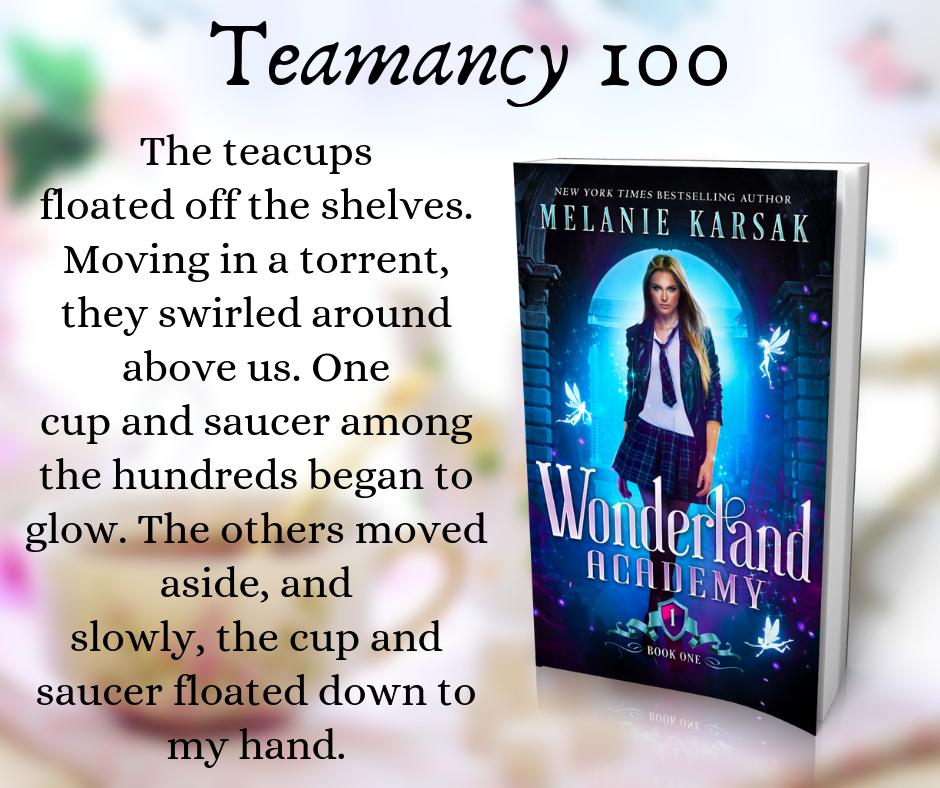 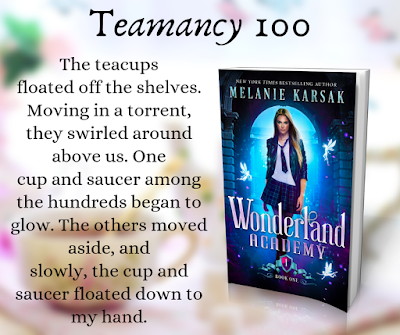 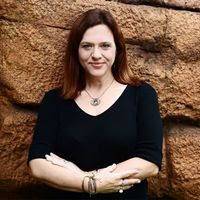 New York Times and USA Today bestselling author Melanie Karsak is the author of The Airship Racing Chronicles, The Harvesting Series, The Celtic Blood Series, Steampunk Red Riding Hood, and Steampunk Fairy Tales. The author currently lives in Florida with her husband and two children. She is an Instructor of English at Southern New Hampshire University.