Real Bodies in an Airbrushed World

I can tell you roughly how many calories are in practically anything I eat. Not in a restaurant, but I'm good at estimating things in my refrigerator or pantry. When I was growing up a long time ago, nearly everyone was "normal" weight. No one bothered with calories or went to a gym. But there were some major differences.

1. No computers. There was television, but people mainly watched a couple hours at night.
2. We walked, rode bikes, and played outside.


3. Food was mostly grown locally, and we ate what was in season.

4. There were fewer "convenience" appliances. Washing dishes by hand burns more calories than tossing them in a dishwasher. Ditto for hanging clothes on a line versus chucking them in the dryer. You can see where I'm going with this line of thought.

Obviously, there's no way to roll the clock back half a century, but there's more emphasis on appearance today than ever before. There's also a "fix me, but don't make me change" mentality that’s spawned an entire industry of weight loss products and bariatric surgery. Despite the fact that radical surgeries, which short circuit a person's digestive tract, carry a significant mortality risk, people sign up in droves. Obviously, they don't mind risking death, if they can only die thin.

We live in an, "I want it, and I want it now," society. The only sure cure to body image issues takes time and a commitment to wanting something different. There's no easy way to lose weight. It took time to build up and it takes the same time to come off. The good news is while you're learning how to eat differently and get out and about with exercise, things change in your brain. It no longer feels good to veg out in front of a screen. You find you want more from life.

Women come in all shapes and sizes. We're not all a size 0 or even a size 6. Furthermore (and this may surprise you), even size sixes can have body image issues. I'm always wanting to lose five pounds despite my clothes fitting fine.

Where does that come from? This always wanting something other than what we have. Partially from the media. Look at the plethora of magazines like Shape, Runner's World, Mountain Biking, and Men's Journal. Even Ladies Home Journal always has articles on getting (or staying) in shape.

Learning to love who you are is an art. You're just as valuable as you'd be if you were twenty pounds thinner--or even fifty pounds. Once you come to terms with that, it's easier to give yourself permission to make the changes you want in your life. When we come into something from a perceived "one down" position, we add an emotional component. When we're feeling emotional, we comfort ourselves--usually by eating. The trick is to see exercise as comfort (it actually is, since it pushes endorphin production). So next time something goes awry, a brisk walk is a much better panacea than a donut and a calorie-laden latte.

It's important to come to terms with the core human you are. We all age. None of us are young and beautiful forever. There's nothing sadder than an aging diva who only had her looks. Once they're gone, as far as she's concerned, there's nothing left. (There are men who fit this description, too, by the way.) Just remember, there's always someone younger and prettier waiting in the wings for their fifteen minutes of fame. What you want isn't fifteen minutes based on your looks, but a lifetime of feeling good about who you are.

Get in touch with what you love about yourself. Don't wait. Do it today. 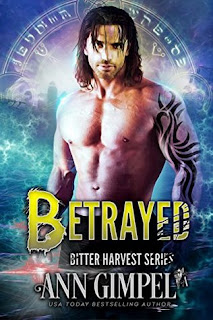 
Breaking the world is a hard act to follow.

Karin’s watched magic ebb and flow over her long life. A healer by nature, as well as a wolf Shifter, she fixes what she can and buries her personal needs deep. In a race against time, she and a small group of Shifters and humans are sailing toward a gateway in the Arctic. If they can’t close it, Earth will be doomed, but getting that far is proving tricky.

Daide’s a scientist, first and foremost. Once a world-renowned expert on treating cetaceans, his skills are rusty. Ten years as a Vampire altered a whole lot, and he’s still exploring his brand-new Shifter magic. Karin caught his eye before they left Ushuaia, but she seems to be in love with a dolphin Shifter. Immersed in jealousy, Daide considers walking away, but he can’t give up. The only woman he’s ever loved is worth fighting for. Consequences be damned.

Vampires, Witches, high-handed gods, Kelpies, and a host of others all want either the ship or the Shifters’ magic. Even the simplest tasks develop thorny edges, and misunderstandings threaten to destroy everything. 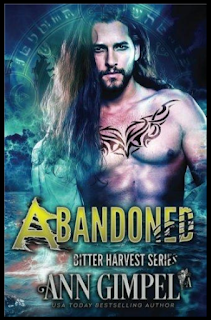 
Magic crushed the world, but the worst is yet to come.

A handful of Shifters. A hardy ship. An upside-down world where evil runs rampant and none of the old rules apply. Taking a stand against the Cataclysm solved a few problems. Others rushed in to fill in the void.

Recco misses his cozy lab and well-organized veterinary clinic, but ten years as a Vampire stripped him of any illusions. Life is done handing him everything he wants. He could rail against fate—which never bought him much—or suck it up and keep going. Defeating the Cataclysm broke Vampirism’s hold on him, though. Even better, it threw Zoe square in his path.

When Zoe left Ireland for a visiting professorship in Wyoming, she assumed she’d be home in a year. That assumption swung around and bit her in the ass. The Cataclysm, a spell trapping her in Ushuaia for a decade may be gone, but it left a hell of a legacy. One that’s far from done pursuing her.

Darkness stalks the ship. Evil that will stop at nothing to protect itself. 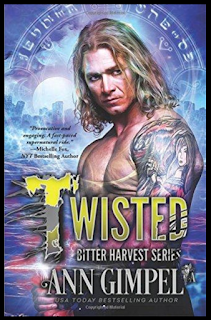 A historian by trade, Aura deals in prophecies for her Shifter pack. Attraction for Juan ignited when they fought the Cataclysm, but she figures he left a string of broken hearts during his years as chief navigator on cruise ships. They have to work together. A self-indulgent affair could ruin everything. She does her damnedest to keep distance between them, but the ship’s not big enough to escape yearning for a future together. 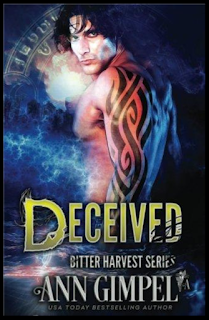