I’d like to say that I’m as mysterious as the deep blue sea, but the truth is, I’m kind of an open book. For the most part, what you see is what you get, although I have a lot of social anxieties that make being an author a natural fit for me. One thing I can say is that I have a tendency to write about loners and orphans. Some of my characters aren’t true orphans, but very close to it. I seem to have a certain fascination with the individual, why they choose the loner status, the evolution of their social circle.

So far, it’s been the satisfaction in not only putting my stories down on paper, but finishing a major project. Non-writers truly don’t understand the scope and breadth of writing a novel. The sense of accomplishment I got from publishing my first book was better than anything I’ve ever felt before. Until I received my first “fan letter.” That just about made me cry!

I don’t think I have any hard and fast routines for writing, although I do have mood music I like to listen to as I write. And I always start my day with coffee. That’s sort of a must-have.

Stephen King is an amazing world builder. I know he’s considered horror more than fantasy or paranormal, but he’s definitely at the top of a very short list of my favorite authors. The Stand is one of my all-time favorite books. So many fully-realized characters. Such an amazing story. I highly recommend it to anyone!

How would you pitch The Blue Effect to someone who has not heard of it before?

Can you tell us a little bit about the world that The Blue Effect is set in?

This book is set in the real world. Granted, the characters all have amazing powers, but I wanted to address some of the little things that sometimes get missed. For instance, not everyone is born into lavish wealth like Professor X or Bruce Wayne. My characters have to worry about how they’re going to pay the bills.

Do you have a favorite scene in The Blue Effect ?

I think the last three chapters are soooo good! They have all the aspects I was hoping it would. Action and fighting, epiphanies and revelations, romance, someone dies, a cliffhanger. I know that’s not just one scene, but they all go hand in hand. Everything builds until you reach those last 22 pages, and then it’s go go go! I can’t help but feel a little proud knowing I wrote that!

The heroine of The Blue Effect, Blue Brennan. She’s smart, sassy, a little wild, and seriously flawed. There is so much of me in her, it was really cathartic to write her and realize that I love those parts of me (albeit, exaggerated parts!).

I had a little bit of a hard time writing some of the male characters. I don’t want them to come off like it’s obvious a girl wrote them, although I still wanted them to have certain traits. The main love interest is not your typical romance novel hero. I really, really wanted the geek to get the girl.

I’m working on the second book in my Renegade Heroes series. It’s a whole new world of superheroes, and kicks ass. It’s got a little bit of everything. Action, intrigue, romance, mystery, humor. What else could you ask for? This is a follow up to The Blue Effect, a continuing story arc that will reach into a third book as well. Yep. It’s a trilogy!

I’m also working on a series of short stories, within the same world, that will be going up on my website very soon. They’re little bonuses for the fans. If I have any. I hope I do!
Finally, I have a standalone book coming out December 7th called Shadows of Night. It’s a horror/ghost story about a man who loses everything and has to fight his inner demons to stay alive.
__________________________________ 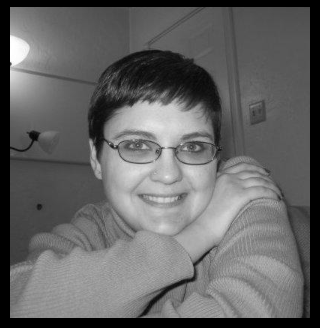 Rose has a deep love of all things Star Trek and yearns to travel the heavens, as well as an intense desire to be bitten by a radioactive spider.

Unfortunately she sucks at science and math so she hasn’t been able bring her dreams to life, instead living vicariously through books, comics, television and film. She hopes to someday make a million dollars so she can afford to buy her way to the international space station, but she’d settle for being able to fly around the world and leap tall buildings in a single bound. 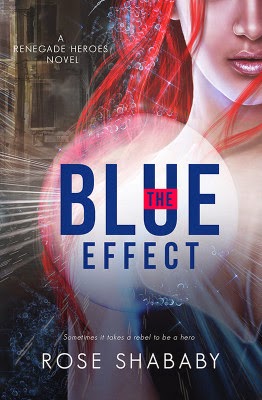 
Blue Brennan is jaded and bitter despite her pinup girl looks and quick wit. Night after night, she scours the Seattle club scene looking for someone or something to fill the emptiness inside.
When she meets the mysterious Kasey, her world stops… literally. He claims she has the ability to control time and stuns her even further when he reveals his own gifts.

Blue is inexplicably drawn to Kasey and reluctantly enters his world filled with a new breed of humanity. They’re misfits like her, blessed or cursed with powerful abilities, struggling to hide their differences from the rest of society.

Then the group discovers a nameless, faceless sociopath with nightmarish powers; and he’s coming for Blue. She’s left reeling when they discover her gifts are the key to defeating his terrible evil and saving them all.

Now she must race against the clock to harness her own powers and save her new friends. Can she be more than a renegade? Can she be a hero too?


As I scanned the crowd my eyes fell on one person out of sync with the rest. Close to my age, maybe a little older, he obviously didn’t belong in the club. His clothes, messy looking slacks and a gray t-shirt, hung on his lean frame. He finished his look with a tartan scarf and brown fedora that seemed more at home on an old man than one in his twenties.

He pulled his hat off and shaggy brown hair fell across his eyes as he danced. Well, he didn’t dance so much as sway to the music, his eyes closed while a hint of a smile graced his lips. As he danced, he bobbed his head back and forth and his hands moved like graceful waves. His shadow grin seemed to infuse his entire body. He danced by himself as if he didn’t care what anyone around him thought, as if he danced for himself and no one else. He looked completely out of place, yet he appealed to me and I felt myself wanting to go to him.

I was shocked by the surge of jealousy that rushed through me as I stared at him. His face broke through my drunken haze and I realized this man was no paper doll. His face belonged to a truly happy man. Hell, he looked fucking ecstatic.