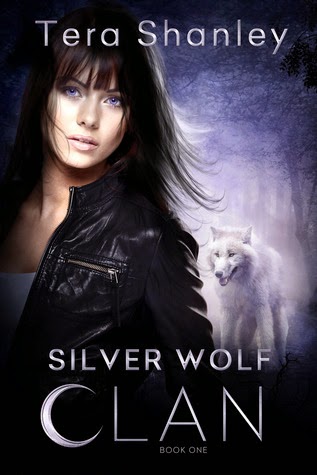 
SILVER WOLF CLAN is a quick paranormal read with romance, werewolves and an easy to fall into storyline. Greyson was bitten while trying to save Morgan and her sister from a werewolf attack in the woods. He is able to save Morgan, but injured he disappears. Neither of them can of course forget about the other, but Morgan is told he doesn't exist by people that found her after the attack and he refuses to put her in danger because he thinks he's a monster. Fate jumps in and a year later they find each other again.

I enjoyed both characters. I think the author did a good job of helping us get to know the characters but I would have loved to dive even deeper into them. Their romance was a bit rushed and I think adding some more would have made it feel more natural.

I wasn't ready for SILVER WOLF CLAN to be over. Just as it was getting better after a bit of a slow point it ended. It was a huge bummer and it left it feeling unfinished. I know there will be more books in the series, but book 1 could have used a little more. I am honestly interested in seeing what comes next so I will continue reading when book 2 comes out.