UFI welcomes Amalia Dillin Author of The Fate of the Gods Series. Thanks for Joining us!!

The Novella: A More Satisfying Alternative to Homeric Digression

There is SO MUCH history covered in the Fate of the Gods series that it was impossible to fit everything I would have liked to into the overarching narrative of the trilogy. Sometimes the things I couldn’t fit were things that just didn’t work at all, because, for example, I wanted Eve or Adam to be two different people within the same lifetime, and I had to choose one over the other. But most often, it was a situation like this one, with TAMING FATE, where there was a pretty relevant story to be told and not enough pages to tell it in its entirety.

Unlike Homer’s audience, the modern reader isn’t necessarily as interested in excessive digression. (I’m certainly not!) We don’t really have a lot of patience for it, outside of a carefully framed use of flashback, every now and again. Nobody today would sit still, for instance, for a recitation of the history and genealogy of the hero’s horse. And there definitely was no way I was going to fit enough of Eve’s relationship with the Marquis DeLeon inside FORGED BY FATE and FATE FORGOTTEN, when there was so much else to cover. Not without slowing the narrative of the series to a crawl – much like that history of Achille’s or Hector’s steeds might.

But the Novella is pretty much perfect for this kind of story. Somewhere between 17,000 and 40,000 words, it offers enough room for more than just a bit sized story, but something that can still be enjoyed as a quicker read. It allows for the exploration of events that take place off-page, but maybe don’t need to be entire books of their own. And actually, the more novellas I write, by accident or otherwise, the more I really like it for these kinds of side stories and supplementary events, because I’ll be honest, I’m not very good at writing short stories.

For TAMING FATE, I hit the novella length without too much trouble – mostly, I think, because I knew from word one it was a side story, not an epic of its own. (The epic was already written in the other Fate of the Gods books, in fact!) And there was a freedom in knowing it was an opportunity to dig deeper into the background of the book, without having to unearth an entire novel.

I began as a Biology major before taking Latin and falling in love with old heroes and older gods. After that, I couldn't stop writing about them, with the occasional break for more contemporary subjects. I live in upstate New York with my husband, and dream of the day when we will own goats--to pull my chariot through the sky, of course.

I'm kind of obsessed with mythology, history, animal behavior, and comic books. I love exploring how story becomes history becomes myth, and often wonder what future generations are going to make of the most famous of our modern literary heroes. Will they one day look back and wonder if we worshipped at the altar of Superman? How many years until Sherlock Holmes is rooted firmly into the realm of living historical person and people start claiming him as an ancestor? Or, has the digital revolution and the dawn of the internet interrupted the natural evolution of story into memory into fact into truth? We, and the people who came before us, have such a complex relationship to our myths. They are both living and dead, growing and unchanged, history and fiction.

I try to always keep in mind that once, however long ago, or maybe even just yesterday, somewhere and somewhen, people believed mythology was truth. It's only fair, after all. 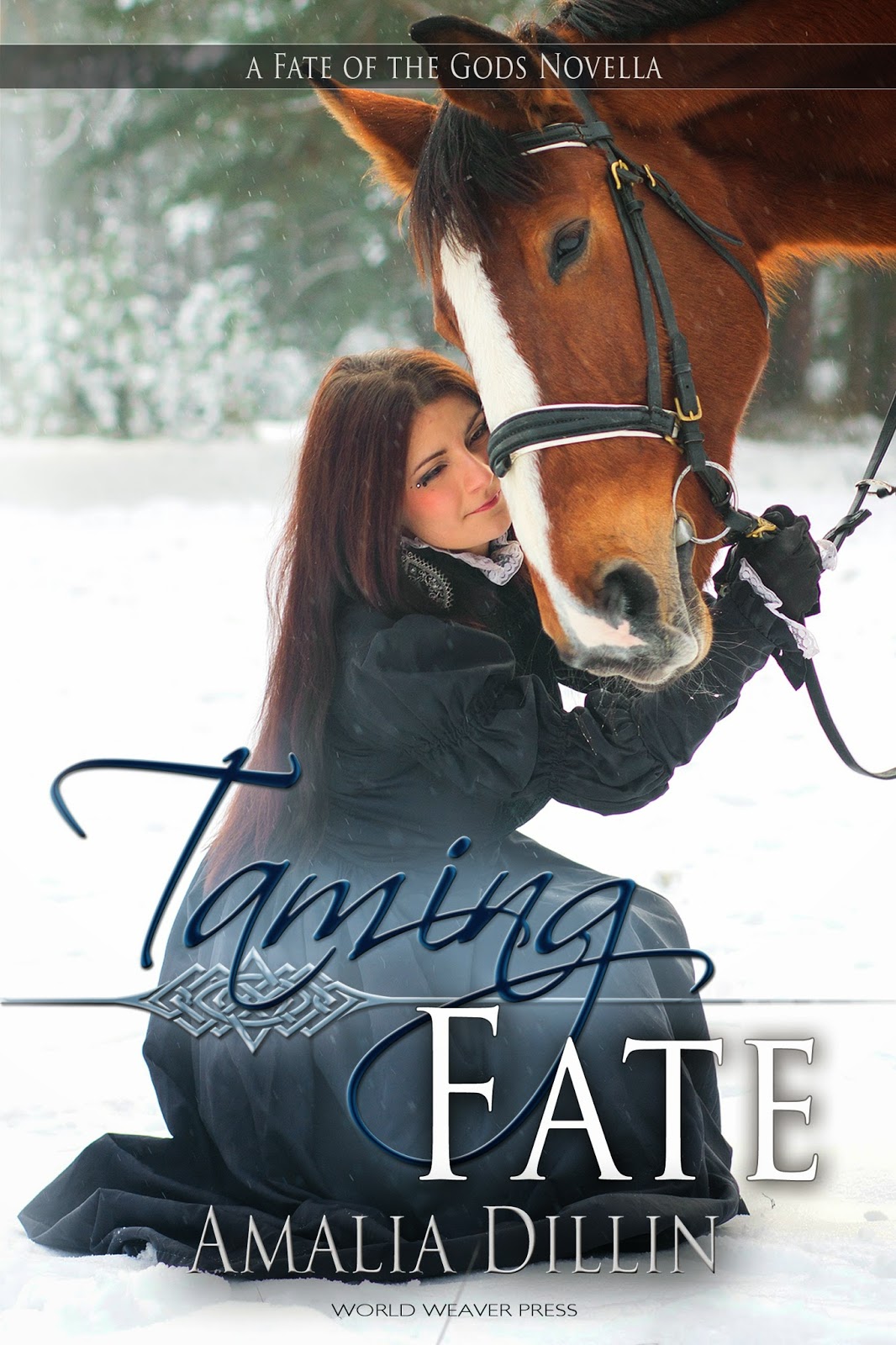 
For the first time in her many lives, Eve would rather be anywhere but home.

In 15th Century France, Eve would have burned as a witch if it hadn’t been for the too-timely arrival of the Marquis DeLeon to save her skin, but their hasty marriage is off to anything but a smooth start. As tensions in the town grow and plague threatens, Ryam DeLeon knows if he and Eve cannot find common ground, their first Christmas may be their last.

Previously published in the anthology A Winter's Enchantment.