I am not a person who does silence very well. I can, when the moment and mood calls for it, but in general I need to have some kind of noise. Sometimes I’ll put on a movie, with or without the director’s commentary, and sort of tune it out. It may sound strange, but it keeps my mind from wandering off to strange places. Most of the time, though, I write to music.
My playlist tends to grow rather than shrink. It’s rare that I’ll take something off the list, even if I haven’t listened to it in ages. It’s kind of a nice little surprise when it pops up in the rotation. One example of this is Legs by Jer Coons. It was one of those songs that I happened to hear on some Musik station and I fell in love with it for a while. I still have it on my iPod but I don’t really listen to it. But any time it comes up in the writing playlist, I automatically start humming and bopping my head.
Then there are certain artists who are an automatic add to the list. I have more Kelly Clarkson songs on the list than any other artist. They ran the gamut from slow, mournful ballads to fist-pumping rock anthems. I know the words to all of them, something my neighbors probably hate. As far as the list is concerned, it’s not if a Clarkson song will make it on there, but when will it make it on there. What can I say? We’re musical soul mates.
I also have some classics, both new and old. Hotel California, Dream On, and Folsom Prison Blues are just as likely to come up in the rotation as I’m the Only One, Criminal and Lose Yourself. For pure laughs and chuckles, I also have selections from musicals like Anything Goes, Phantom of the Opera, and Moulin Rouge. I can’t quite hit the high note during Think of Me like Emmy Rossum can, but I get pretty close.
To sum it up, my playlist is definitely eclectic. Country shares space with rock and pop, musicals go toe to toe with rap and what might be folk (honestly, there are some songs that I can’t even name a genre for). The only things they have in common are that I like them and they help keep the creative juices flowing. But really, what more can you ask of a playlist?
Thanks to the folks at Urban Investigations for having me back—and happy reading!
__________________________________ 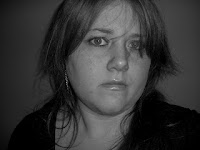 L.M. Pruitt has been reading and writing for as long as she can remember. A native of Florida with a love of New Orleans, she has the uncanny ability to find humor in most things and would probably kill a plastic plant. She is the author of the best-selling Jude Magdalyn series, the Moon Rising series, and the Frankie Post series. She is currently at work on the next Jude Magdalyn book, Shades of Blood. She makes her home in Florida with one two cats—one smart, the other an idiot.
__________________________________

Book One: Shades of Gray

Jude Magdalyn Henries lives what many would call an unconventional life.

Orphaned at birth, raised by nuns, a teenage runaway living on the streets… she now earns a living at odd jobs, including one as a fake tarot card reader. Very little about Jude’s life appears normal, by any scale. When she accepts a gig to do a private reading, unconventional takes on an entirely new meaning.

Life as she knows it ends when she’s thrust into a world she never knew existed—one filled with magic, vampires, and her beloved New Orleans on the verge of an underground war. To make matters worse, she's got two men in her life vying for attention, Williams and Theo. Both call to a different part of her, but one scares her just a little bit. Can she step up to the challenges set before her and make the right choices for the greater, which may or not be the greater good?

ll I wanted was a little peace and quiet.

If it's not one thing, it's another.

Felipe, one of New Orleans's most infamous--and crazy--vampires is back in town. And to say he's unhappy is an understatement.

Duprees and Williams have to track down Felipe, fast, before he claims any more victims. If that means making a deal with the Devil--otherwise known as St. Germaine--and using an untrained dhampir, so be it.

Call Frances "Frankie" Post, a private investigator with a trick or two up her sleeve.

In this flash fiction piece (approx. 1500 words) join Frankie as she spends the afternoon in Queens masquerading as a member of the "personal entertainment" business community. A note to cheating husbands - never use the joint checking account.

Call Frances--Frankie--Post. A private detective with a trick of two up her sleeve and a few skeletons of her own.

What starts out as a simple missing person's case dumps Frankie and her lover Jack right in the crosshairs of a dangerous human trafficking organization. With lives on the line, bad blood and old wounds finally see the light of day. And Frankie and Jack are forced to realize: The past always catches up with you.

Nothing ever happens in Selene, Georgia. The biggest events in the past ten years have been a wedding, a funeral and a bar fight. It's slow, sleepy, a little narrow-minded--but for Cari Gravier, it's home.

Now things are starting to happen that nobody's seen before. Strange things in the woods, dead animals--and dead people. Cari's about to discover a whole new side to Selene. And a past that may come back to bite her....

Cari Gravier might have learned Selene's big secret, but some things remain constant: the Old Town Cafe, blackberry harvesting, and the shaky relationship with her ex-husband, Mike Sullivan.

But there's more change in the wind, the kind even half blind Old Willis can see. The seeds of the past--betrayal, violence, and heartbreak--are ready for harvest.

And some sleeping dogs just won't stay down....
Posted by StacyUFI at 3:00 AM No comments: