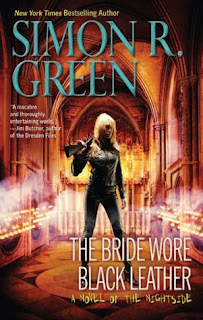 
John Taylor is marrying the love of his life, Suzie Shooter, the Nightside’s most fearsome bounty hunter. But before he can walk down the aisle he has one more case to solve as a private eye — a case that has him on the run from friends and enemies both, with his bride-to-be looking to collect the bounty on his head... 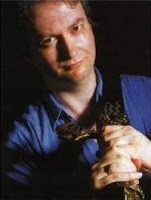 Simon was born in Bradford-on-Avon, Wiltshire, England (where he still resides), in 1955. He has obtained an M.A. in Modern English and American Literature from Leicester University and he also studied history and has a combined Humanities degree. His writing career started in 1973, when he was a student in London. His first actual sale was a story titled Manslayer, back in 1976, but it didn’t appear till much later; Awake, Awake…. was his first sale to a professional editor, in 1979. Furthermore he sold some six or seven stories to semi-pro magazines before that market disappeared practically overnight.
After years of publishers’ rejection letters, he sold an incredible seven novels in 1988, just two days after he started working at Bilbo’s bookshop in Bath (this after three and a half years of being unemployed!). This was followed in 1989 by two more, and a commission to write the bestselling novelization of the Kevin Costner film Robin Hood: Prince of Thieves, which has sold more than 370.000 copies.
__________________________________
Find Simon and his books
Website / Penguin Author Page
__________________________________

FILL OUT FORM TO ENTER
Read more »
Posted by StacyUFI at 3:00 AM 12 comments: