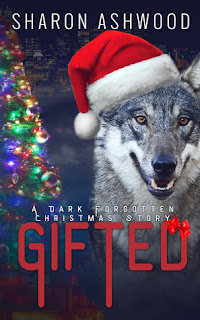 
Who says the holiday season is just for humans?

For all the holly-jolly times, family gatherings are complex no matter who—or what—you are. When you’re hunting for the latest “it” toy to stuff a stocking, it doesn’t matter if you’re alive or Undead, fanged or furry—you’re just as desperate to be the cool dad. And then there are the family grumps who never send cards, the ones who eat all the good candy, and those who drool and dig up the neighbor’s yard.

No, the Yuletide Season isn’t for the faint of heart—and sometimes it’s downright demonic—but holiday miracles make it all worthwhile. Chance encounters and unexpected forgiveness remind us that joy doesn’t come in a gift-wrapped box.

This novella from the Dark Forgotten world catches up with favorite characters for a fresh take on the holidays. Those visiting the world for the first time will understand why Chicago Tribune called it “simply superb.”

Grab this book and return to the world of the Dark Forgotten. Santa Claws is waiting!

“Don’t you want to go see Santa Claws?”  Errata Jones asked in her husky, teasing voice.
“Meh,” Perry Baker replied, still grumpy at the prospect of crowds and gift-giving decisions. Plus, it was cold, gray, and rainy—a typical December day in the Pacific Northwest.
“Where’s your boundless holiday spirit?” She turned into the parking lot outside the Fairview Sports and Recreation Center. It was the final day of the Yuletide Holiday Market, an arts and crafts event by and for the local supernatural community. “Counting today, there’s only three shopping days till Christmas.”
“I really hope you’re not going to make me sit on Santa’s knee.”
“I don’t think so, darling. That would be weird, even for us.”
Errata swung her Jaguar coupe into the last parking space, beating out a massive pickup by a whisker. The truck made a sound like a startled dinosaur as it lurched to a stop on the frosty pavement. Turning off the Jaguar’s ignition, Errata smoothed her chin-length, jet-black hair, then glanced in the rear-view mirror, looking pleased with herself. Perry twisted in his seat to see the pickup driver turn a Christmassy scarlet and lurch off.
Perry willed his heart to resume its normal rhythm.  Errata was a werecougar, and there were reasons cats shouldn’t drive. Werewolves like him were another matter. Wolves appreciated order, including stop signs. Cats did things because they could—like pester him into going to this stupid craft fair.
That’s what he got for befriending a feline. He cast her a sidelong look, taking in her high cheekbones and smooth, golden skin. It was all he could do not to reach over and stroke her hair, but that would be crossing a boundary. She’d made it clear from the start that cats walked alone.
Errata finished preening and gave him an arch look. “Shouldn’t you be shopping for your human, what’s-her-name?”
Perry released his seatbelt. “Her name is Tiffani. With an i.”
“Tiffani. Of course it is.” Errata patted his cheek with a pitying look. “Come on. First fifty guests get a goodie bag.”
“She’s fun,” Perry said, sounding defensive even to himself.
“Humans generally are,” she said agreeably. “You should buy her something really nice.”
“Men don’t shop before December 23rd,” he protested as he got out of the car.
“Friends don’t let friends give their sweethearts, even ones named Tiffani with an i, gift cards.”
“But gift cards make sense.”
Errata flung the end of her scarf over her shoulder with a flick of one gloved hand. “Be grateful you have me to watch over you.” She clicked the locks and swept toward the entrance of the building, leaving Perry to catch up.
“Cats,” he grumbled. “What do you want for Yule?”
“Not a gift card.” 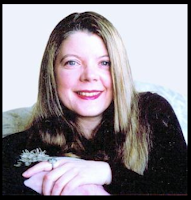 USA Today bestselling author Sharon Ashwood is a novelist, desk jockey and enthusiast for the weird and spooky. She has an English literature degree but works as a finance geek. Interests include growing her to-be-read pile and playing with the toy graveyard on her desk. As a vegetarian, she freely admits the whole vampire/werewolf lifestyle would never work out, so she writes her adventures instead.

Sharon is a winner of the RITA® Award for Paranormal Romance. She lives in the Pacific Northwest and is owned by the Demon Lord of Kitty Badness.