UFI welcomes Krystal Wade Author of the Darkness Falls Series. Thanks for Joining us!!

I once wrote a blog post (http://writing.ie/guest-blogs/songbook/entry/guest-blogs/guest-post-with-krystal-wade-music-is-my-muse.html) about how music inspires my writing.

I didn't keep a music journal to go along with my furious drafting of Wilde's Fire, but I do have songs that stood out.

For instance, Linkin Park's What I've Done helped shape Perth Dufaigh's character, his tough outside yet very misunderstood inside. Perth wants to be evil, and yet there's a really huge part of him who yearns to be accepted, forgiven, important. To date, he's just been a pawn in everyone else's game. Some days he likes that. Most days he doesn't.

Ray LaMontagne's Hold You in My Arms is a song I used when I needed to think about Arland and how he felt for Kate. She came to him with bad dreams, and she'd definitely been crying—she wound up in a strange world, daemons carved up her best friend, and she felt helpless. Everywhere she went, "catastrophe reigned". Prophecies, weapons of war, kissing and questions. Yep, this song really helped shape their story. A lot. More so than I even realized!

Another song that played on loop during my writing frenzy is Florence and The Machine's Cosmic Love. I mean, The stars, the moon, they have all been blown out |You left me in the dark| No dawn, no day, I'm always in this twilight – Need I say more? 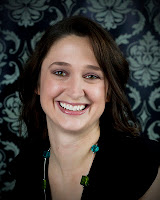 Krystal Wade can be found in the sluglines outside Washington D.C. every morning, Monday through Friday. With coffee in hand, iPod plugged in, and strangers–who sometimes snore, smell, or have incredibly bad gas–sitting next to her, she zones out and thinks of fantastical worlds for you and me to read. How else can she cope with a fifty mile commute?


Good thing she has her husband and three kids to go home to. They keep her sane. 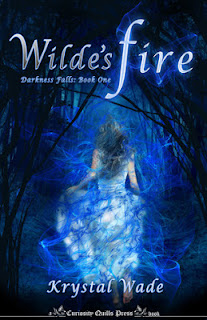 
"There is no pain in this death, only peace, knowing I am going to die with the one I love the most." - Katriona Wilde. Katriona Wilde has never wondered what it would feel like to have everything she's ever known and loved ripped away, but she is about to find out. When she inadvertently leads her sister and best friend through a portal into a world she's dreamed of for six years, she finds herself faced with more than just the frightening creatures in front of her. Kate's forced to accept a new truth: her entire life has been a lie, and those closest to her have betrayed her. What's worse, she has no control over her new future, and it's full of magic and horrors from which nightmares are made. Will Kate discover and learn to control who she really is in time to save the ones she loves, or will all be lost?

Contest Info: Each tour host will have a daily give away
Entries into the daily give-away count towards the grand prize give-away of a Google Nexus 7 and a set of all three books signed!
Grand Prize Contest open to US/Canada only!.

aRafflecopter giveaway
Posted by StacyUFI at 3:00 AM 14 comments: