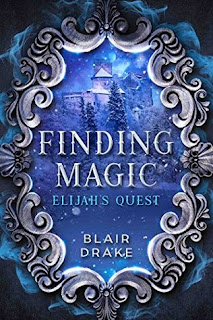 
Life as a seventeen-year-old jock at Gray Cliffs Academy is hard for Elijah Davies. Failing grades? Check. On the headmaster's hit list? Check. Dumped by girlfriend? Still working out the precise logistics on that one...

When Elijah called his girlfriend's obsession with the Live Action Role Play game Legends of Orynthica stupid, he never dreamed Zoe would break up with him. Before he has a chance to make it up to her, a violent storm sweeps him into an unfamiliar world full of Ice Trolls and vicious warriors—and worse, he's got the sneaking suspicion this new world is Orynthica.

Elijah doesn't believe in magic, but everyone thinks he's the Catalyst—a mage who will help the people of Thanasi win both the Ascension Games and its prize: the magic Yarlstone that can restore balance to the lands.

The only person who doesn't have faith in him? Zora Stormshadow—Zoe's Orynthican alter ago—and the leader of the Thanasi team. Nine teams of four enter the Ascension Games, only one survives. The fate of Orynthica rests on Elijah's shoulders. Can he learn to wield his magic? And will he ever get a chance to make it up to Zoe in his own world? 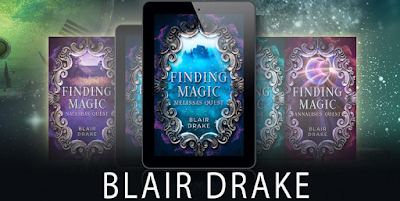