UFI welcomes Author Jim Stein. Thanks for Joining us!!


Edan Johnson—Ed to his friends—has been meaning to take notes on his developing magic, and finds snatches of down time after the mysteries, danger, and adventure that plagued the band on tour in Strange Omens (Legends Walk book 2).
Tuesday the 6th:
We turned back another horde of nasties this afternoon. Since there’s a lull in the action, I figured I’d start that journal I keep talking about.
Music has power. I should have realized that years ago. Maybe I did. Certain pre-virus songs always sent a chill through me, and from day one I could sort through the corporate-pushed garbage to find true gems. That’s what I did as a kid, snuck into Old Philadelphia’s ruins to gather old tapes and CDs. Vinyl never survives well.
My sister’s much better at writing things down, so I know this attempt will be a joke compared to Piper’s notebooks full of all things occult. Many won’t recognize the ancient songs that focus my magic, but I’ve gathered so much awesome music that I need to keep better track of what works best with my spells. I’ve organized this list by the elemental magic each song best supports.
Fire spells call the most erratic of my three elements. Frenzied tunes with time signature and key changes work best to guide its destructive nature. The flames are always hungry and require firm control. The flip side of the element is its healing power, although this too comes down to destroying things like poison, viral infections, and bacteria.
Earth spells take a heavy, steady beat with underlying resolve. As you might imagine, Earth can influence rocks, minerals, and metals. I’ve also played around with enhancing strength—more on that later. The magic flows deep and needs to be properly grounded, or the caster will pay for it. Trust me, I know. Remember Milwaukee!
Spirit energy might be the most flexible, and hardest to classify. The “right” music will resonate with the caster on a personal level, matching their temperament. This holds true even for Quinn’s spells, and she’s part witch. So the songs that work for me to seek objects, move air, or set up shields, might not work for others casting Spirit. Our recent work with illusion doesn’t approach what Pina and the sprites can achieve, but certainly comes in handy. 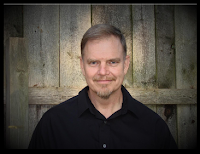 Jim Stein’s hunger for stories transporting the reader to extraordinary realms began under one meager bulb, a towel stuffed beneath his door to avoid parental censure. He huddled with Tolkien, Asimov, and all the greats and unknowns plucked from the drugstore shelves to spin tales of the imagination.

After writing short stories in school, two degrees in computer science, and several decades as a Naval officer, Jim has returned to his first passion. He writes speculative fiction advocating the underdog and embracing protagonists with strong moral fiber, often overlaid with supernatural elements and a few dark twists. Jim lives in northwestern Pennsylvania with his wife, Claudia, and his muse, Marley the Great Dane. 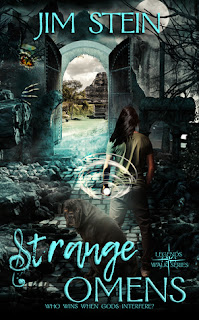 
Who wins when gods interfere?

Recent months in New Philadelphia have been pleasantly monster-free, allowing Edan Johnson to focus on launching the band’s new album. Music brought hope, something the world’s dwindling population desperately needed. But when a mysterious promotion company sends the A-Chords on tour and the audience splits into opposing factions, it’s clear that gods and dark forces are once again meddling.

Ed’s command of music and magic grows strong, but an arrogant goddess decrees he must not interfere. Even his own sister scolds him for casting spells. But Ed connects with the band’s free-spirited groupies and vows to keep them safe from the more sinister patrons flocking to “The Company’s” backstage events.

More hangs in the balance than the simple corruption of a few fans. These happy, bright people could be the salvation of the human race, yet are being drawn in like sheep. Someone or something stalks the tour, and evil lurks in the heart of Old Milwaukee.

Magic, monsters, and kindred spirits keep Ed and his friends scrambling to discover what’s going on behind the scenes, but an improbable friendship just might be the key to their survival


“What now, Ed?” Trinity asked from my left.
We crouched behind a rotting car covered in vines and watched the Grims. Bald Jim looked to be in charge. Shawn sat on the ground at Dan’s feet, head hung low. The bruise around his eye and dried blood on his lip testified to the fact he had gone down fighting. Dan probably wore the Hawaiian shirt and posed as a victim.
Trinity had enough sense to tail them without trying a rescue. We caught up to her just before the Grims stopped at a massive bronze doorway totally at odds with the architecture of the ruined city. The thing was better suited for a medieval castle, though I had to admit it was effective. Jim and Dan argued over how best to get inside.
“Five of them and four of us,” I said.
“They’re bruisers,” Quinn whispered. “No offense, but we couldn’t take any of them, except maybe scraggly Dan.”
“Where’s it lead?” Trinity asked.
Good question. The out of place obstruction melded into the stone archway across a low entrance to what might be a basement level. The arguing continued as Jim tried an incantation. The door rebuffed his attempt. Oily bits of the magic passphrase dripped to the ground. Though a simple spell, the darkness of it differed from the elements Quinn and I used.
“You’re doing it wrong,” Dan complained to the men gathered at the door.
“He’s such a little shit.” Trinity’s lip curled.
“For once that’s working in our favor,” Quinn said.
Dan stalked over to the others, grabbed something small and metallic out of Jim’s hands, and examined the door. Magic formed around another incantation. Shawn sat unguarded at the entrance to the alcove. We scurried out from behind the car, circled the intersection, and crept along crumbling brickwork. The line of the alley kept us out of sight until I peeked around the corner. The Grims argued on, ignoring their dejected captive. Shawn stared at the pavement.
“Shawn.” No response. “Shawn! Time to go.”
Bleary eyes ringed with bruises met mine. He must have taken a good shot to the nose for double shiners to be rising so quickly. Recognition slowly dawned, followed by half a smile that dropped away. Shawn held up his hands. I’d missed the thin cord that bound wrists to ankles. It was silvery gray, looking more like yarn than rope.
“For crying out…” Quinn whipped out a knife and crept forward.
The moment her blade touched the cord, there was a flash. Quinn yelped and dropped her knife.
“Hey!” Dan looked up from the brass key in his hand.
“Just grab him!” I shouted.
Quinn hauled Shawn up by his armpits and pushed him forward. The cord forced him into an awkward half-crouch. I grabbed his arm to haul him down the street, but he stopped short and fell to the ground. Quinn and I pulled but couldn’t budge him. No one weighed that much. The cord flashed and flared, its strange power anchoring Shawn to the spot. More than that, a tether of power slowly dragged him back toward the doorway as the Grims advanced.
“Leave him. In fact, leave the girl. Two for the price of one!” Dan grinned his stupid parody of a Bright’s smile.
Each man carried a small club, undoubtedly weighted for maximum punch. Quinn worked at the bindings. Her strange watery power flowed along the cord looking for a way to loosen the knots. The Grims strode forward, in no hurry and—I like to think—wary. I could have taken Dan and the freak sporting a Mohawk. But I’d spent all year practicing my spells for a reason.
I reached for Earth to throw up a barrier and buy us time. Just as I was about to cast, flames leapt up between us and the men, effectively sealing them in the alcove. Trinity stood rigid, locked in concentration as she poured on more Fire and drove them back amid squawks of protest.
“Let me try.” I hunkered down to examine the cord.
Earth was ready at my fingertips, but when I tried to manipulate Shawn’s binding—as I would stone or metals—there was no purchase. The men tried end runs around Trinity’s flames, holding the woman’s concentration and forcing her to expend too much power. Another minute and we’d have to carry her out. Quinn saw it too.
“Help her!”
I dredged up a bit of old-school metal, Metallica’s “Seek and Destroy,” forging Fire to bolster Trinity’s spell. I split off a portion to attack the ropes. Fire was an enigma, representing the most restorative and destructive of the elements. I honed the lyrics down to a laser focus, emphasis on the destroy part of the tune to cut and burn. The cord swelled, resisting the heat, but frayed edges soon curled away from the core.
Shawn’s invisible bond contracted, yanking him toward the wall of fire. Quinn grabbed him around the waist but was dragged along. Even if Trinity and I cancelled our spells, they would be pulled across searing concrete into the midst of the waiting Grims.