I was a high school English teacher for seventeen years and loved every minute of it. I still miss engaging with my students on classic literature and how it reflects our world today. I had the fortune to teach some amazing kids and still keep in touch with them.

My husband and I are Netflix addicts. Seriously. We should be on a 12-step program. Any time we can squeeze in time and the kids are doing their own thing, we’re hunkered down with some red wine watching Peaky Blinders, House of Cards, Ripper Street, etc. Our latest favorite is Marco Polo.

The very beginning and the very end of the editing process. I love that time where the story and characters are percolating in my mind and the thrill of starting that new WIP. And then after all the arduous work of the editing process is complete and I send back my galley copy to the editor. Those moments are both my favorite.

Not really. When I write in the mornings, which tends to be every weekday, I just have to rise super early before the kids and get right to work. When I’m writing on the weekends, I need my headphones and Pandora to block out the insanity that is my house. Four kids—ranging from 18 to 4—tend to make a bit of noise.

Ahh, this is an easy one. Hands down, Nalini Singh’s Guildhunter and Psy-Changeling series are my favorites. Also, Karen Marie Moning’s Fever series is the ultimate. I’m DYING to read BURNED just around the corner.

How would you pitch Forged in Fire to someone who has not heard of it before?

Forged in Fire is a cross between Constantine and Buffy the Vampire Slayer where a sexy-as-sin demon hunter becomes guardian to a snarky heroine who’s being hunted by every demon in the underworld, including a demon prince with a fancy for violent sexual
encounters.

Can you tell us a little bit about the world that Forged in Fire is set in?

Set in present day New Orleans, our heroine Genevieve discovers there is a host of demons living among humankind, tempting them toward sin, and even possessing them—body and soul. They are called the Flamma of Dark. It is the duty of the Dominus Daemonum—Flamma of Light—to rein in all demons breaking the rules on earth and expel them back to hell. A Vessel holds a special place in this world with the ability to awaken extraordinary power, but only if she can withstand the temptation of a demon prince. So far, no Vessel alive has been able to do so.

Do you have a favorite scene in Forged in Fire?

Hmmm…probably the first kiss. Genevieve is under the misconception that her attraction to Jude is one-way only. Jude proves her wrong in an intense, bone-melting display of his feelings.

This is SO tough. Since I’m a rule-bender, I’m going to give you my top three:

For 2015, I have five more releases after Forged in Fire:
Since most of these are nearly through the production process, my next WIP will be Hunting the Witch, book two in the upcoming Vale of Stars series, and I’m dying to get started. 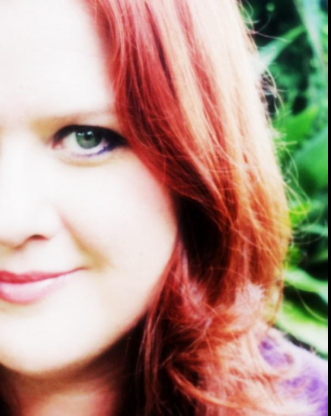 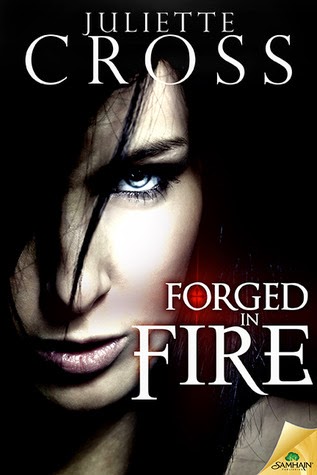 
She never knew this demon world existed. Now she just wants to survive it.

Genevieve Drake never needed a man to come to her rescue. Not until the night of her twentieth birthday, when some dude nearly chokes her to death in an alley behind a New Orleans Goth club. And a hot stranger splits the guy in half, rips a monster from inside, and incinerates it into ash.

The hunky rescuer? Jude Delacroix—Dominus Daemonum, Master of Demons, now her guardian, whether she likes it or not. But she’s seriously beginning to like it.

Her would-be murderer turns out to be only the first of many minions of the demon prince, Danté, who has all kinds of lascivious and sadistic plans. Which means when the formidably beautiful Jude offers his protection, Genevieve has no problem accepting it.

For Jude and his fellow demon hunters tell her she is a Vessel, one who is born to serve the Light, but can be corrupted into a weapon of darkness. And to survive, she must trust a man whose unearthly eyes promise heaven…but whose powers unleash hell.

Warning: Contains a dark and brooding demon hunter who harbors even darker secrets, a snarky heroine who’s being hunted by every demon in the underworld, and a sadistic demon prince with a fancy for violent sexual encounters.
__________________________________

I’d parked illegally on the street, knowing full well I’d probably have a ticket on the windshield when I returned. Campus cops were like sharks in bloody waters, sniffing out offenders with notorious stealth. You never saw them but sure as hell felt bitten when they got you. Dreading to see that I’d been attacked by one of these predators, I rounded the corner, and my heart stopped.

Propped beautifully against my silver 350ZX was my rescuer, R-and-B from last night. Faded jeans fit snugly on his hips, and a gray T-shirt accentuated a perfect upper body. His black hair fell just right across lovely dark eyes. With casually crossed arms, he watched me approach.

Heart, please stop pounding that way before he notices.

This was no accident. He’d found me somehow. Should I be afraid? He didn’t look dangerous. Well, not in a serial-killer sort of way. Hell, he looked good enough to eat. Totally faking bravado, I stopped in front of him with one hand on my waist.

“Are you stalking me?”

He didn’t answer, eyeing me from bottom to top. His gaze paused at my throat, then finally made its way to my eyes. Still mute. I hated awkward silences.

“Didn’t your mother ever teach you it’s not polite to stare?”

That seemed to jar him a bit. He straightened, his expression grim at best.

“Checking me out. Yeah, I got that loud and clear.”

Damn, I was brave. He cleared his throat, hiding a smile now.

“I was going to say, examining you.” He gestured to my neck.

“Examining? Why? Are you a doctor?”

“What sort of sort?”

“I have a doctorate.”

No way. He seemed too young to have a PhD.

“A doctorate in what?” I asked skeptically.

“Your expertise?” I asked, noting the rather sarcastic lilt in my voice. He didn’t bat an eye.

“My thesis was on how weapons reflect the savagery and sophistication of a culture.”

That accent again. Definitely European. But what country?

“Well, a PhD in weaponry may give you some idea how to inflict injuries, but it doesn’t qualify you to examine and diagnose them.”

Ha! One point for me.

“So…” I let the word hang. “How could you possibly have a PhD in anything at your age?”

A slow, slow devastating smile. A fluttering in my stomach felt like a frantic flock of blind birds. Re-lax, Gen. Thank God he spoke, because for the moment, my lips had completely forgotten how to form words.

“I simply wanted to determine whether you’d recovered from last night’s attack,” he said, pushing off my car and coming closer.

Oh no. He was going to touch me. Genevieve Elizabeth Drake, do NOT faint. He reached out and gently folded back my hoodie. He lifted my chin and angled it so that he could see the marks I knew were purpled along the left side. Why was I letting this stranger get so close? Even if he was picture-book gorgeous. I pushed his hand away and stepped around him to my car.

“I’m fine,” I mumbled, pulling the keys from the front pocket of my backpack. “What I want to know is how you knew where to find me. And why are you following me? It’s a bit creepy, even if you did save my life last night.”

We’d now switched places. I leaned back against my car. He stood there, examining me again, thumbs hooked in the front pockets of those yummy jeans.

“Yesterday was your twentieth birthday, wasn’t it?”

My question confirmed whatever idea he had in his head. I could see it in the nod and drop of his perfect cleft chin.

Two girls flitted by, engrossed in a conversation. One nudged the other when they caught sight of him, ogling shamelessly. They giggled. Couldn’t blame them, but it pissed me off for some reason. R-and-B gave them no real notice, turning back to me.

“I think we should go somewhere private to talk.”

Said the creepy man to the little girl with a lollipop and a white van waiting around the corner.

He shifted weight to his other leg. “As you wish. We’ll talk here.”

“Not that I’m ungrateful, but why were you following me last night? Into the alley?”

“I wasn’t following you. I was following the demon.”

“Fair enough. How did you know it was my birthday?”

“Last night, I wondered but thought it impossible. I had not thought to meet another like you in all my time as a…” He paused, glancing around and lowering his voice. “As a Dominus Daemonum.”

I shook my head. “Okay, hold up. Met one what before? And what the hell is a dominus da-whatever-you-said?”

Dark enchanting eyes kept me still, even with my saucy attitude. A face chiseled in stone regarded me with care. I would never admit it, but I was afraid to move. Something in those almost-black depths warned me what he spoke of now would change my life forever. What’s more, I knew those words. They were Latin. But the translation in my head didn’t make sense.

“The what is a Vessel,” he finally said. “And a Dominus Daemonum is a Master of Demons.”

He nodded. No smile.