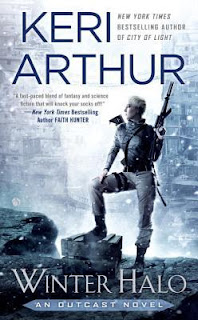 From the New York Times bestselling author of the Souls of Fire novels comes the second in the futuristic fantasy series that will make you want to keep the lights on...

Now Tiger must summon all her gifts to stop those responsible for both atrocities—no matter the cost to herself...

Keri Arthur is the New York Times bestselling author of the Outcast series, including City of Light, as well as the Souls of Fire, Dark Angels, and Riley Jenson Guardian series. She has written more than thirty books and has been nominated in the Best Contemporary Paranormal category of the Romantic Times Reviewers’ Choice Awards and has won a Romantic Times Career Achievement Award for urban fantasy.