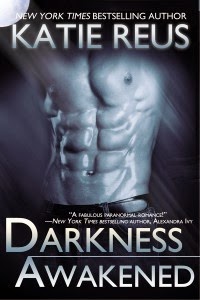 Years ago he ended things between them to protect her…

As leader of one of the fiercest werewolf packs in the south, Finn Stavros is in full battle mode 24/7. He has no choice—he’s one of the few beings strong enough to fight the Akkadian demons, whose mysterious escape from hell threatens the entire world. With the battle turning bloodier by the second, Finn is ready for anything…until his vampire long lost love shows up on his doorstep in desperate need of his help, sending his heart into a tailspin. He agrees to help her, unaware that she carries a shocking secret that will turn his life upside down.

This time, he’s not letting her go…

Vampire Lyra Marius curses the day she met Finn. The ruthless werewolf promised to love her forever, but he rejected her instead—before she could share her life altering news. Pregnant, kicked out of her coven, and cast aside by the love of her life, Lyra struggled to raise their rare shifter-vampire daughter Vega alone among humans. When the 16-year-old is kidnapped and used to fulfill a frightening prophecy, Lyra swallows her pride and turns to Finn for help. But how long can she fight her feelings for him and keep him from guessing the truth about who Vega really is? As they race against the clock to save their daughter, they must defeat the lethal threat imposed by demons infiltrating the human world and a hell gate that could not only reveal their existence to mankind, but destroy the world in the process.


I had to double-check the previous Katie Reus books I have read because the blurb reminded me so much of another book of hers (which I found to be DESTINED MATE, which does get a slight character shout out in DARKNESS AWAKENED). There are of course differences but it definitely had the same feel to it. Vampire Lyra goes to ex lover Finn for help finding her kidnapped daughter. Little does Finn know that her daughter just happens to be his.

There were some pretty predictable parts of the story but overall I enjoyed it. Finn and Lyra had a brief love affair 17 years ago. Finn pushed Lyra away to protect her and has regretted that decision every day since then. Lyra is understandably hesitant to trust Finn again but has no where else to turn when her daughter Vega is kidnapped. Although she is immediately reminded of how it felt to be with him she tried to hold herself back. She lasted longer than I thought she would. Their chemistry is electric from the start. You know right away that they will end up back into each others lives for good. We get some background on the characters but I wish we could have gotten more as I felt like I didn't really know them or why they acted like they did. We meet some interesting secondary characters, setting us up for who might be featured in the future. I am actually excited to learn more about Drake and how he ended up where he did.

DARKNESS AWAKENED was a quick easy read. It had little issues but it has great potential and I would not pass up reading more.