UFI welcomes T.F. Walsh Author of Cloaked in Fur. Thanks for Joining us!!


Thanks for having me to your blog today.

One of my favourite quotes is "our strength grows out of our weaknesses" from Ralph Waldo Emerson. And that's how I see my writing. I have always had a vivid imagination; some people might say it's an overactive imagination. Coupled with my desire to tell people about my crazy thoughts, I can sometimes come off as flaky or even quirky. But my writing is a way for me to channel this side of me and capitalize on what others might see as eccentric.

Often when my hubby drives us to Sydney, which is an hour drive from our place and takes us through a national park, my mind drifts off into the land of possibilities. I love these times because it’s when I ponder new story ideas and unique monsters. Driving past the trees and small intersecting tracks, I regularly imagine what I’d do if a big foot, or ghost-like apparition stepped out from behind the veil of trees. I’d most likely scream, but my characters aren’t quite so quick to scare. They’re curious to know more about the creature. They’ll stand up and fight for what they believe in.

Now, most people who know me well are used to some of the things that I might say. Like my work-colleagues who’ve accepted that the local pub near our office is now officially called the ‘Zombie Pub’ for one simple reason. The old, stone pub reminds me so much of the Winchester from Shaun of the Dead, that one day over steak and chips, I asked the question. “What would you do if this pub was surrounded by zombies?” It kind of caught on and every time someone new from work goes there, they need to answer that simple question. For no reason other than a fun conversation, and of course to see whom I should stick close to should zombies ever attack one day!! 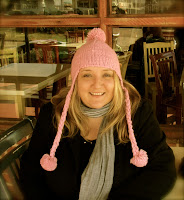 T.F. Walsh emigrated from Romania to Australia at the age of eight and now lives in a regional city south of Sydney with her husband. Growing up hearing dark fairytales, she's always had a passion for reading and writing horror, paranormal romance, urban fantasy and young adult stories. She balances all the dark with light fluffy stuff like baking and traveling. 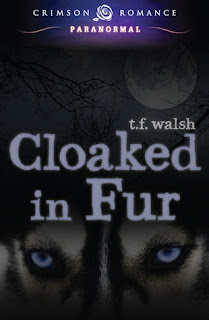 
As a moonwulf, Daciana never expected to fall in love with a human. Hell, she never imagined that she’d abandon her pack, endanger everyone around her, and break the worst rule possible. But she did.

A rogue werewolf is killing Daciana’s friends, and she sets on capturing the creature. She’ll do whatever it takes to stop the beast. The police and her boyfriend, Inspector Connell Lonescu, are starting to question her involvement in the murders, which is endangering the pack’s secret existence. But when the pack alpha kidnaps Connell, revealing the awful truth about the creature and its connection to the pack, Daciana must choose between saving the man she loves and saving her pack family from certain death. 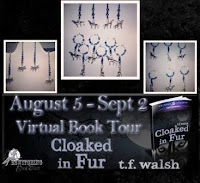